As the Bluebird Flies…

If you’re going to have only one big, defining hit in your career, make it a classic. Marvin Rainwater had more than one hit, and had a productive career until health problems derailed it in the ‘70s, but was always remembered, and loved, for the beautiful “Gonna Find Me a Bluebird,” a song asserting a positive, healthy outlook on recovering from a broken heart, its narrator’s resolve intimately connected to his embrace of nature as a healing force. Released in 1957, “Bluebird” was a rare country-to-pop crossover smash, peaking at #5 country and #18 pop and selling more than a million copies in its first year of release. He had been recording for MGM without much success since 1955 when he came up with “Bluebird,” and as he acknowledged in later years, the hit set him up for life as an entertainer. He continued to make good records through the ‘60s—“Bluebird” was followed by another million seller, a duet with Connie Francis (the future pop great’s first charting single, in fact) on “The Majesty of Love,” also from ’57 (it was revived in the 1966 film Georgie Girl, as sung by Lynn Redgrave)—and further established a memorable image for himself by appearing in fringed buckskin outfits and sporting a beaded headband to play up what he then said was his quarter-Cherokee heritage. Years later he admitted he wasn’t sure he had any Native American blood in his family, and his daughter, Judie Rainwater, said she was certain of the absence of Native American blood in the Rainwater line. After leaving MGM and emerging from a brief retirement necessitated by a health crisis, he eventually launched his own Brave Records label and continued recording into the early 1980s.

Marvin Rainwater died of heart failure in Minneapolis on September 17. He was 88. His first two marriages ended in divorce. In addition to his wife, the former Sheree Kay Christensen, and his daughter Judie, from his first marriage, he is survived by a son, Jim, also from his first marriage; two daughters, Barbie and Laura Rainwater, and a son, Wade, from his second marriage; a sister, Patsy Rainwater; a brother, Bob; 11 grandchildren; 11 great-grandchildren; and five great-great-grandchildren.

Marvin Karlton Rainwater was born July 2, 1925, in Wichita, Kansas to Stella (née Miller) and Cicero Percy Rainwater, and grew up during the Great Depression. As a child, instead of listening to the Grand Ole Opry with his father, he took classical piano lessons, which ended when he was 15 after he lost part of his right thumb in a work accident. He trained to be a veterinarian (and also majored in math at Washington State University), but after serving in the Navy during World War II he took up the guitar after being inspired by Roy Acuff’s music. A quick study, he was soon writing his own songs and playing concerts around Virginia, and even then was sporting his buckskin jacket and headband stage outfit.

Speaking in 1998 to Leif Enger for a Minnesota Public Radio interview, Rainwater explained his evolution from aspiring classical pianist to aspiring country singer-songwriter: “Yeah, Momma took in washin’ so I could have a piano and take classical lessons when I was six years old. I was studyin’ Rachmaninoff and Beethoven and Paderewski and all those, when I was six years old. I lived for it, I couldn’t think of anything else. I’d sit on that piano bench eight hours at a time. My Daddy’d come home and say, ‘Stop that noise. Go. Get outta here,’ and I’d have to go out and play. [Later] I was workin’ in a garage to help pay for my music lessons, and I got [my thumb] caught in a machine, and it cut the end of it off. It’s okay now, it’s shrunk back down, I can play piano again, but for six or seven years this was the size of a apple. ‘Bout the size of a lemon I guess, hanging down there, I couldn’t hit less than three notes at a time with that. Wrecked all that fancy playin’… so that’s a situation I don’t like to recall. But when I went in the Navy, I was so lonesome for my music, and I couldn’t have it, see, because of my thumb…then we was out on the ships and everything, and these guys would start singin’ ‘Way back in the hills, da da da’–well that got to my soul, way down deep, and I didn’t like it, but it still got to me. And the more I hurt, the more it got to me, cause it was real, and eventually I figured there’s something more than quality there, the nasal voice and all, there’s something behind it that’s great. Then I started writin’ songs and naturally it fell back to my roots as a boy in Oklahoma, and they turned out to be hillbilly songs.”

He put a band together with a hotshot guitarist named Roy Clark, and they cut some demos for the 4 Star label. “Yeah, Roy Clark was my lead man for a year,” Rainwater said in the MPR interview. “We had a band called the Rockin’ Tommyhawks, went up and down the East Coast, Roy picked the fire outta those songs.”

At the same time Rainwater’s songs were starting to gain notice, and being recorded. Teresa Brewer, while cutting a wide swath through the pop charts in the mid-‘50s, occasionally would cover a country song, and Rainwater’s “I Gotta Go Get My Baby” was one of those she turned into a minor hit. Rainwater’s own version of that song landed him a much-coveted booking on the star making machine that was Arthur Godfrey’s Talent Scouts show, on May 9, 1955. Also in ’55 he won first place, landed a regular spot on ABC-TV’s Ozark Jubilee, hosted by Red Foley, and signed with MGM. His early MGM recordings veered from country into harder-edged music somewhere between honky tonk and rockabilly, and he had the deep baritone voice to pull it all off with affecting results.

Marvin Rainwater, sounding very much like Hank Snow on his classic 1957 single ‘Gonna Find Me a Bluebird’ in what is nothing less than a breathtaking, perfect balance of lyrics advancing a positive point of view against a musical backdrop suggesting the immense, bleak emotional abyss the singer is still climbing out of. The steel guitar support from Jimmy Day is a work of art unto itself along with the memorable whistled chorus.

Then came 1957, and “Gonna Find Me a Bluebird,” a song boasting not only evocative lyrics and a heart tugging Rainwater vocal (bearing distinct echoes of Hank Snow’s nasally phrasing), but also steel guitar work by Jimmy Day that was a work of art unto itself, its soulful weeping complementing the beauty and poignancy of the lead vocal. As if that weren’t enough, Rainwater’s trilling whistled chorus added immeasurably to the song’s haunting atmosphere. All in all, “Bluebird” is  a breathtaking, perfect balance of lyrics advancing a positive point of view in the midst of heartbreak against a musical backdrop suggesting the immense, bleak emotional abyss the singer is still climbing out of.

“Bluebird”’s success, as will often happen, had a downside too. Once he became a hot commercial property, Rainwater discovered some of his early demo tapes, recorded at a small, nondescript studio, had been sold to some small labels that had then overdubbed new tracks and released them as new Rainwater recordings. He told MPR a million of these albums had been sold at eighty-eight cents apiece, “and it destroyed my career. My credibility was shot on account of those cheap records. They were demo tapes, not even actual recordings, and they dubbed music in on top of it, got out of meter, didn’t know the melody or anything. It was horrible, and the sound was real cheap, you know. They put all this stuff in the market, flooded the market with these cheap albums, and my credibility was shot.”

Joyce Hahn’s obscure cover of “Gonna Find Me A Bluebird,” also recorded in 1957. Eddy Arnold released a version of ‘Bluebird’ in ’57 as well. These were the first of numerous covers of Marvin Rainwater’s signature song through the years.

Although his outrage was well placed, the end result was not quite as dramatic as he made it out to be. The million selling duet with Connie Francis followed “Bluebird,” as did another country hit in “So You Think You Got Troubles.” In the U.K. his self-penned rockabilly-influenced single “Whole Lotta Woman” was #1 for three weeks in April and May of 1958; a second U.K. single, “I Dig You Baby,” peaked at #19 in June 1958, followed by another hit in “Nothin’ Needs Nothin’ (Like I Need You).” In 1959 he scored three more gold records for the million selling singles “My Love is Real,” “My Brand of Blues” and, most famously, “Half Breed,” a #16 country single. “Half Breed” was a cover version of a John D. Loudermilk song, and in 1959, Rainwater returned to the deep Loudermilk well with “The Pale Faced Indian.” A 1968 version of “Half Breed,” recorded by Don Fardon and retitled “Indian Reservation,” was a #20 pop single in the U.S. and peaked at #3 on the U.K. chart, with global sales clocking in at one million-plus. Even so, the best-known version is the 1971 chart topping single by Paul Revere & the Raiders, retitled once more as “Indian Reservation (The Lament of the Cherokee Reservation Indian).”

As the constant performing took its toll on Rainwater’s voice, he developed calluses on his vocal cords. He and MGM parted ways in 1960, and he went into a brief retirement to help his voice recover. The ’60s found him making sporadic comebacks, recording for Warwick, United Artists, Warner Bros., Sonet and finally his Brave Records label.

At the outset of the ‘70s he received the devastating diagnosis of throat cancer. One of Rainwater’s regular stops on the concert circuit was the old Flame Café in Minneapolis. While in Minneapolis he would arrange his schedule so he had time to slip up to the woods and fishing areas around Aitkin, and it was to Aitkin that he retreated while recovering from cancer treatments.

Marvin Rainwater’s ‘Half-Breed,’ a cover of John D. Loudermilk’s song ‘The Pale Faced Indian (Lament of the Cherokee Nation). A 1968 version of this song, recorded by Don Fardon and retitled ‘Indian Reservation,’ was a #20 pop single in the U.S. and peaked at #3 on the U.K. chart, with global sales clocking in at one million-plus. Even so, the best-known version is the chart topping 1971 single by Paul Revere & the Raiders, titled as ‘Indian Reservation (The Lament of the Cherokee Reservation Indian).’

By the time he was pronounced cured, the country music business was putting his generation out to pasture. But there was still work for him as a live performer, so he focused on performing at state fairs, dance halls and conventions. He regularly headlined at rockabilly festivals around the world, and became the 73rd inductee into the Rockabilly Hall of Fame.

In an email to Minnesota Star Tribune reporter Tim Campbell included in the latter’s September 18 remembrance of Rainwater, Minnesota-based country music veteran Sherwin Linton wrote: “I must have played at least a hundred shows with him through the years. He was a good entertainer, and was known for telling many good and BAD jokes as well as singing a lot of funny songs.” 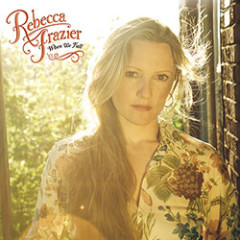 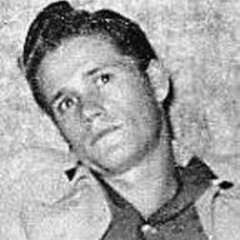