(Note: Bronx-born opera star Regina Resnik, who sang more than 300 performances at the Metropolitan Opera, died on August 8 in Manhattan at age 90. Born on Aug. 30, 1922, to Russian immigrant parents Sam and Ruth Resnick, Ms. Resnik (who dropped the c in her surname before she began performing) graduated from James Monroe High School in the Bronx and studied music education at Hunter College, graduating in 1942. In addition to her son, Michael Philip Davis, she is survived by a brother, Jack H. Resnick. Her first marriage, to Harry W. Davis, a lawyer and judge, ended in divorce. Her second husband, the artist and designer Arbit Blatas, with whom she collaborated on several opera productions, died in 1999. A remarkable and versatile singer and actress, Ms. Resnik succinctly described her career arc in a brief but revealing backstage interview (along with her co-star Sally Ann Howes) with Hugh Downs during intermission of the 1990 New York City Opera production of A Little Night Music, in which she addressed, humorously, as was her wont, a query about the low key of the song ‘Liaisons’: “I was a soprano in the early part of my career; then I became a mezzo-soprano and made a second career; now the critics have called me a ‘smoky baritone.’ So the next time I do this part I shall have another talk with Mr. Sondheim and put this song a tone up so I don’t reach down to the lower depths of my voice.” WQXR.org Operavore blogger Fred Plotkin, a long-time friend of Ms. Resnik’s, offered the following remembrance of the artist in his August 12 column.)

The death of someone like Regina Resnik, which happened on August 8, just weeks before her 91st birthday, is akin to a library burning to the ground. This was a woman whose experience, and understanding of her experience, were vast. She had a remarkable awareness, more than most opera singers, that it was important to not only transmit what she knew but to document it. I don’t think the obituary in The New York Times came close to capturing who she was, so I want to offer additional thoughts.

I knew Regina for three decades. We met in 1983 when she played the Marquise of Berkenfeld in the revival of the 1972 hit production of La Fille du Regiment at the Metropolitan Opera that starred Joan Sutherland and Luciano Pavarotti. By then, she was a legendary artist to opera lovers and her colleagues. This was her last Met role and, as I realized, she was transitioning to another brilliant phase of her career. But this was hardly her first transformation.

In 1993, she and I both taught young artists from the San Francisco Opera and then traveled on a cruise ship as speakers, presenters and coaches to singers on board. I came to know her second husband, the artist Arbit Blatas, whose works are in the collections of many top museums, including the Louvre and the Metropolitan. He was charming but mercurial and Regina was the down-to-earth person in that marriage, rather unusual for an opera diva.

Although she had a superb sense of humor, great timing, was a wonderful impersonator and “knew funny,” as we say in New York, Regina was a serious person. By this I mean she was serious about art, about politics, about ideas and her approach to her work. She was part of a generation of New York-born opera singers, many of them Jewish, who became stars and made their mark not only at the Met but in theater, movies, radio and television. They were all well trained, talented, ambitious and aware that these opportunities came to them in part because World War II kept many European artists away. In an unusual way, you can get some flavor of this from Regina’s 1954 appearance on the popular television show, The Goldbergs

It is well known that she made her Metropolitan Opera debut on Dec. 6, 1944, at the age of 22, as a last-minute substitution as Leonora in Il Trovatore . She replaced the formidable Zinka Milanov on less than 24 hours’ notice and scored quite a success. She did soprano roles, large and small, for about a decade.

Virgil Thomson, of all people, was prescient (and rather unkind) in January 1953 in writing about a performance in La Bohéme in the Herald Tribune, “Regina Resnik, as Musetta, looking for all the world, in facial expression, like the Duchess of Windsor, seemed to this listener wholly miscast vocally. Her voice has the heaviness, the dark timbre and the limited upper range of a contralto, though she passes for a dramatic soprano.”

On March 25, 1954 she sang her last Rosalinde, the soprano role in Die Fledermaus, and on April 20 sang Venus, the smaller but important mezzo role in Tannhäuser. She then withdrew to learn how to sing in a lower register. She did not appear in opera at the Met again until Feb. 15, 1956, in the mezzo role of Marina in Boris Godunov opposite George London. She only gave one performance and then returned to her work on her art.

When she came back to the Met on March 18, 1957, it was in the mezzo role of Laura in Ponchielli’s La Gioconda. She was given quite an ovation at the conclusion of “Stella del Marinar.” Again, she only gave one performance and then returned to her work. Met general manager Rudolf Bing only offered her small roles but she always did credit to them. They included Marcellina in Le Nozze di Figaro; the Baroness in Vanessa; and Herodias in Salome.

On March 4, 1961 came her first Met Klytemnestra, a role that would become one of her definitive interpretations. Ronald Eyer wrote in the Herald Tribune:

“Not many of the audience knew it, but they were hearing Regina Resnik, the Klytaemnestra, for the last time at the Metropolitan. This was her final appearance of the season, and she informed this department that, owing to disagreement with the Metropolitan management about role assignments, she will not return. It is a sad loss for the company. As the decayed, hagridden old queen with the blood of her husband on her hands, she was a soul-chilling spectre as repellent in her grovelings before Elektra as in her cackling triumph when she believes that the source of danger–her son, Orest–is dead. It was a fabulous performance and Miss Resnik’s finest hour in the theater.”

It was unfortunate that Rudolf Bing seemed to not understand her worth. European theaters knew better and Regina performed leading roles with superb colleagues in major opera houses. Although proudly American, her increased work in Europe brought her in contact with major conductors, singers and top directors she did not see in New York.

In 1964, she came back to New York in a major way in a new production of Falstaff that marked the Met debuts of Leonard Bernstein and Franco Zeffirelli. The Saturday Evening Post called it her “career’s peak” and Musical America said, “A special word is due Regina Resnik as Mrs. Quickly since she all but stole the show. As actress and singer her work can be commended to any youngster who takes opera to be his goal. Imitating her would seem an ideal way to begin.” She added the Old Countess in Queen of Spades in 1965 before scoring yet another triumph.

After Birgit Nilsson, Leonie Rysanek and Resnik created a worldwide sensation in Vienna in Elektra, Bing brought these three greats to New York for a new production. Musical America wrote “Regina Resnik plays Klytemnestra as an extraordinarily beautiful, proud and regal figure tottering on the brink of hysteria–a far cry from the grotesque, bloated hag presented by most mezzos. The dignity with which Miss Resnik clothes the role increases the queen’s stature immeasurably and adds poignancy to the fleeting impulses of maternal warmth and her flinches of terror as Elektra details the horrible death in store. Furthermore, Miss Resnik is content to sing the music, and very beautifully at that, letting Strauss’ graphic prosody tell its own tale. A very great performance.” Listen to the complete performance, led by Thomas Schippers conducting.

Regina added several portrayals, including her remarkable Carmen, to her New York appearances. This was the first time I saw her perform and was fortunate to see her in several of her best roles in the 1970s. When Bing retired in 1972, it fell to Regina to channel Orlofsky in Die Fledermaus and gently needle the general manager and his autocratic style in “Chacun à Bing’s Goût.”

She and Blatas had a home on the Giudecca in Venice where I was a happy guest. In the 1970s, she directed productions of operas, including Carmen and Elektra, with brilliant designs by Arbit. He did a fantastic portrait of her that hung in Founders Hall at the Met but, when it was turned into a photo gallery a few years ago, most of the paintings there were removed. Where is it, please?

As Regina gradually put opera singing behind her, she played musical theater roles such as Frau Schneider in Cabaret on Broadway and Madame Armfeldt in Sondheim’s A Little Night Music at the New York City Opera. She taught widely (including at the Met), judged competitions, and did a wonderful series called “Regina Resnik Presents,” with her son Michael Philip Davis, at the Kaye Playhouse on cultural topics she cared about. This was part of her mission of documentation. Below is an excerpt about Jewish music and humor

One of her most important accomplishments was a documentary she made after Arbit’s death in 1999 about the Jewish ghetto in Venice. Arbit’s last sculptures were installed there and are now part of collective memory of the Jews who were taken from there to their deaths in concentration camps. Do watch this important film.

Last year, I wrote an article in which I proposed names for five people in the arts who should receive the Kennedy Center honors, which are usually announced around Labor Day. My picks were Joan Baez, Sid Caesar, Carol Channing, Regina Resnik and Ravi Shankar. Many great artists did not receive an honor in their lifetimes and they now live in the memories of audiences who loved them and in the documents they left. I think the Kennedy Center selection committee should consider posthumous recognition, just like the Presidential Medal of Freedom and the Baseball Hall of Fame Regina and Ravi Shankar, who also died this year, would be worthy recipients.

Fred Plotkin is one of America’s foremost experts on opera and has distinguished himself in many fields as a writer, speaker, consultant and as a compelling teacher. He is an expert on everything Italian, the person other so-called Italy experts turn to for definitive information. Fred discovered the concept of “The Renaissance Man” as a small child and has devoted himself to pursuing that ideal as the central role of his life. In a “Public Lives” profile in The New York Times on August 30, 2002, Plotkin was described as “one of those New York word-of-mouth legends, known by the cognoscenti for his renaissance mastery of two seemingly separate disciplines: music and the food of Italy.” In the same publication, on May 11, 2006, it was written that “Fred is a New Yorker, but has the soul of an Italian.” 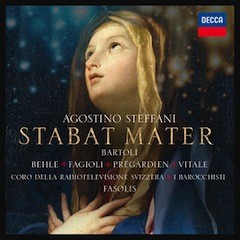