I have no idea why Eric Brace and Peter Cooper titled their third duo project The Comeback Album, except that they have stepped back into the fray as artists in their own right after masterfully steering their Tom T. Hall tribute, I Love: Tom T. Hall’s Songs of Fox Hollow (reviewed in the May 2011 issue of TheBluegrassSpecial.com) to a Grammy nomination.

I do know this: I will watch The Godfather and The Godfather Part II any time, any channel on which these movies are aired. Even though I have both in my own video archives, and have on tape every Godfather fanatic’s Holy Grail–the epic near-eight-hour version of Parts I and II edited by Francis Ford Coppolla himself into a seamless, chronological narrative featuring a raft of footage omitted from the original theatrical releases, much of it crucial to tying up some loose ends in the epic tale (for instance, Fabrizio, the bodyguard in Sicily who planted the car bomb that blew to bits Michael’s first wife, Apollonia, wound up running a pizzeria in the Bronx. Guess who found him. Uh-huh.)—I will endure the inevitable censoring of language, the toning down of certain violent scenes (as when the young Vito Corleone disposes of neighborhood thug Don Fanucci with three shots, the last occurring while the barrel of Vito’s gun is in Fanucci’s mouth) and even commercial breaks, because I have a physical, emotional and spiritual need to watch every minute of the first two Godfather movies whenever and wherever they are playing. (I saw Godfather Part III once in the theater, and that was quite enough, thank you.)

So I’m contemplating The Comeback Album’s first song, “Ancient History,” a gently rocking treatise fueled by Jen Gunderman’s evocative Wurlitzer in which a number of famous people from various walks of life (Magic Johnson, Jerry Jeff Walker, Ringo Starr, Richard Nixon, et al.) are name checked by their given names and their popular monikers alike (except for Dick Trickle, who “was a race car driver/really, he was a race car driver/a talented, popular race car driver,” the first of the disc’s several touches of Brace-Cooper’s distinctive wry humor—I especially enjoyed “Secret Sauce was Thousand Island”). Eventually a chorus arises, and advises in part, “…we are who we are/not who we’re gonna be/every passing moment is ancient history.” It’s a terrific song; it may sound like a knockoff of Billy Joel’s “We Didn’t Start the Fire,” except that it’s an infinitely better song, for starters, and says something far more meaningful about identity. Not being the sharpest tool in the shed, I realized this during the mesmerizing final scene of Godfather Part II, when Michael, who’s wiped out everyone he perceived to be a threat (including his older brother Fredo), is left alone in the boathouse to contemplate what he’s become, as we see in flashbacks the ambitious young Michael who dropped out of college to enlist in the Marines during WWII, intending to forge a path of his own outside the family “business,” and the child Michael in his father’s grip, leaning out a train window and waving goodbye to his relatives in Sicily. When the scene returns to the present, the camera slowly zooms in on Michael’s face, dead-eyed and devoid of expression–a  living corpse, he has failed utterly to understand  “we are who we are/not who we’re gonna be,” and realizes there is no spiritual atonement for denying so fundamental a truth. (Thus a theme that would have made for a far more intriguing—and watchable—Part III.)

Peter Cooper and Eric Brace, ‘She Can’t Be Herself,’ live at Magnolia Avenue Studios of KDHX in St. Louis, May 3, 2013. Video shot by Ed Kleinberg, edited by Olivia Fugate.

That’s where The Comeback Album begins, and it only gets better, without your faithful friend and narrator needing any help from Godfather movies or any other sources for enlightenment. Trying to figure out what went wrong with a love affair informs the lilting “Ponzi Scheme,” a timely enough title and possibly the first song to liken love gone wrong to recent financial shenanigans (“should’ve read the fine print/devil’s in the details/really not a fine print guy” is one of the duo’s more sardonic observations but they sing it so casually it might slip by you), which also happens to feature terrific back-to-back instrumental solos, the first being the tear-stained fiddling courtesy Fats Kaplin that segues into a most affecting pedal steel solo by Lloyd Green, two of the stellar musicians backing Brace and Cooper here.

Although it doesn’t break down precisely this way, the first half of The Comeback Album is more devoted to lighthearted musings, whether those be of the lovelorn variety (see “Ponzi Scheme” above) or observational bits such as the shambling reminiscence of small town life in “Thompson Street,” complete with interesting atmospheric flourishes from Rory Hoffman’s accordion and Dixieland-ish clarinet or the darker ruminations of misadventures in “Johnson City,” which takes a startling left turn in a soft, wrenching passage, one of the most piercing Brace-Cooper lyrics ever, rife with black humor and spiritual angst alike, and delivered memorably by Cooper in his parched, dry voice, to wit: Went to the mountain, looking for proof/talked to God, he was sort of aloof/I said ‘you’re my favorite comedian, why you gotta work so blue?’/Prayin’ on my knees to get on my feet/he said something back that I will not repeat/it’s a family show, maybe you’ve got a family too…, at which point the song elevates to Springsteen grandeur on the strength of Jen Gunderman’s soaring, exalted piano work. Digging into the songbook of their buddy Tom T., the duo works up an easygoing take on “Mad” (being about a man’s live-to-fight-another-day strategy when confronted by a fuming paramour), with Marty Stuart adding tasty, to-the-point mandolin work and a swaggering vocal, none other than legendary Duane Eddy adding his resonant twang heard ‘round the world and yet another legend, Mac Wiseman, pitching in with a folksy vocal and sounding uncannily like Tom T. himself as he takes special delight in delivering the lyric, “in the obituary column they’ve already printed my name.”

When you have at your disposal a roots singer as towering as Eric Brace, though, you can’t be light and sunny all the time. So it is, come “She Can’t Be Herself,” that we get to hear what he can do to tear out a listener’s heart on a country weeper about a gal who’s “unabashed and unconcerned and needin’ to be free,” in which everyone seems to get out of his way to let him do his thing—Cooper’s tender harmony singing, Green’s emotional pedal steel work, all the support seems understated behind Brace’s sturdy but aching lead vocal, the better to put the hurt on us. (In the CD’s inner sleeve are brief notes either Cooper or Brace or both have written for each tune, including this priceless verbiage for “She Can’t Be Herself”: “Phil ‘The Road Mangler’ Kaufman sometimes calls us ‘The Neverly Brothers,’ which stings a little bit but it’s better than having him dump us in the desert and set fire to us like he’s done some of his other friends.” Gram Parsons fans will get it.) From his Last Train Home days, Brace contributes the bittersweet “Kissing Booth,” concerning dreams deferred and then dashed, feelings encapsulated in his puzzled query, “where did the summer go/I’m still waitin’ on the afterglow,” and in the metaphorical kissing booth “waitin’ on a kiss to tell the truth.” As Brace tries to make sense of it all, his anxiety is underscored by Jen Gunderman’s piano and rustic flourishes provided by Rory Hoffman on accordion, banjo and harmonica. With signal assists from Kaplin’s intense fiddling and Thom Jutzz’s moaning resonator guitar punctuations, Brace brings home “Boxcars,” about a fellow who’s into a full decade of drinking away his sorrow over a lost love, his dreams of her return bringing her no closer to him than metaphorical boxcars going nowhere, to which he likens each of those dreams.

As good a singer as Brace is—and let it be said again, they don’t get much better in the roots world—Cooper’s own vocals here betray an artist ever more assured of himself and fearless in letting go emotionally. He takes the lead and makes it stick in memory on Karl Straub’s lovely, longing “Carolina” before Brace brings it on home, and is riveting on David Halley’s album closing “Rain Just Falls,” delivering in the opening verse the songwriter’s pointed, painful poetry, rooted in heartache the natural world around him seems to enhance, with a raw, direct testimony that hits you where you live before he again hands it off to Brace for the wounded denouement and chilling finale. With a new solo album coming out next month, Cooper couldn’t have a better calling card for it than The Comeback Album—clearly one of this year’s finest long players–but we must be forgiven for hoping he and Mr. Brace do come back soon. And Michael Corleone says hello. 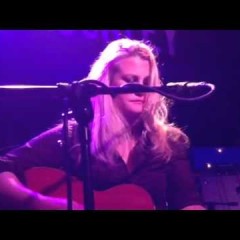 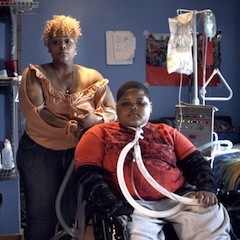