It was back in 2010 when firs we heard from Frank Solivan & Dirty Kitchen on their self-titled debut album (Solivan himself had recorded two solo albums prior to forming Dirty Kitchen). So impressive was that album in every respect that the group earned Artist on the Verge honors in the February 2011 issue of TheBluegrassSpecial.com; in 2012 Solivan and band received an IBMA nomination as Emerging Artist of the Year. Now the group is back, signed to Nashville’s Compass Records and surfacing anew with the Dirty Kitchen lineup intact and supplemented on this outing by dobro master Rob Ickes; Solivan’s cousin Megan McCormick, a fine singer-songwriter in her own right; and Tim O’Brien. The appealing qualities that made the 2010 album so captivating are strengthened here, namely the high level of songwriting, Solivan’s smooth, affecting tenor, the group’s tight, evocative harmonies, and most certainly the high level of musicianship.

Frank Solivan & Dirty Kitchen perform ‘The Letter,’ from their new album On the Edge on The Kojo Nnamdi Show.

The 10-song album reaches it apex just past the halfway mark with an extraordinary Solivan-Jon Weisberger co-write, “On the Edge of Letting Go.” A moody, mid-tempo ballad, the narrative describes the corrosive effects mental illness has on a relationship. Sung from Solivan’s point of view, it describes his feelings as he watches the love of his life slowly crumble from the inside; though the subject matter would seem to lend itself to a more emotional response, Solivan’s is measured and deeply sorrowful, reflecting the lyrics’ sense of not merely a lover lost, but a life. “Thought we’d walk forever hand in hand/but now my heart is breaking right in two/every time we meet it’s a gamble/never know if you’ll be high or low/decisions must be made for the last time/I’m standing on the edge of letting go”–what an epically sad lyric, so movingly read by Solivan. Here’s how powerful the lead vocal is: both O’Brien and Ickes are on this track, but what you remember is Solivan’s pain.

‘On the Edge of Letting Go,’ co-written by Frank Solivan and Jon Weisberger, examines the corrosive effects mental illness has on a relationship. This live version was performed at Nashville’s Station Inn on July 6, 3012.

“On the Edge of Letting Go” may be the album’s high point but that’s not to say the other tunes are lacking something by comparison. Hardly. With Ickes adding swooping and diving dobro licks to the hard charging arrangement, the band kicks things off with “I Fell Short,” a cheater’s bold apologia for failing the relationship, with extra instrumental spark provided by Solivan’s mandolin and stellar banjoist Mike Mumford. Megan McCormick both sings on and wrote “Gone,” a slow-boiling but earnest bluegrass plea (“Baby just hold on, until the storm is gone,” Solivan and McCormick cry in the chorus) for saving a rocky relationship, its instrumental thrust highlighted by a sensitive mid-song dialogue between Mumford (on banjo) and Solivan (on mandolin and fiddle) that makes the song feel positively ancient. Solivan retools one of his early gems, “Day to Day,” a stirring appeal for reconciliation, spruced up from its original incarnation on one of Solivan’s I Am a Rambler solo albums to roll out at a sprightlier pace and making room for a dazzling run of solos by, consecutively, Mumford, Solivan (fiddle), Ickes and Dirty Kitchen’s flatpicking guitarist Chris Luquette. Speaking of passing the solos around, that’s what happens most impressively on Mumford’s fleet instrumental “M80”; in the midst of so much hot picking, Luquette’s flatpicking gives Ickes impetus to turn up the heat on his red-hot dobro sallies, and he does, being that he’s Rob Ickes. Another instrumental, the album closing “Bedrock,” begins with a flourish and has moments with a hot swing feel but it settles into a relaxed bluegrass mode with Solivan fashioning a lively, quick hitting mandolin solo throughout. And in addition to the high stepping “No Chance,” a Weisberger-Solivan-Paul Fowler treatise on an alcoholic’s losing battle with the bottle, and Danny Booth’s solid lead vocal on “The Wild Unknown,” his self-penned account of surviving in the remote outposts of Alaska (Solivan, who has a history in Alaska, delivers from fierce mandolin soloing here). Nothing’s as surprising, though, as the band’s dynamic cover of the Box Tops’ 1967 hit, “The Letter,” which sounds just fine when recast as a driving bluegrass number complete with a round of soloing by the assembled multitude, an affecting lead vocal by Solivan and high harmony singing so natural sounding it makes you wonder why it took a bluegrass band so long to get around to the song.

In short, an inspired effort, this On the Edge, building as it does on the strengths of the previous album and giving fans reason enough to believe Frank Solivan & Dirty Kitchen are settling into a long-term run as productive as it will be influential. They’ve got it all, including momentum. 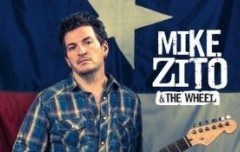 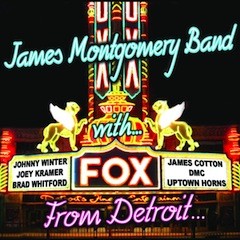