Travis Tritt, whose acoustic rendering of Kris Kristofferson’s “Why Me Lord” was one of the many emotional highlights of George Jones’s public memorial service, chose Father’s Day, June 16, to issue his first new single in nearly five years, and a doozy it is. Moreover, it features him in a duet with his 15-year-old daughter Tyler Reese, a real find.

The song of choice is a remake of the bittersweet sayonara to an untenable relationship, “Sometimes Love Just Ain’t Enough,” a smash hit in its rock ballad version in 1992 (certified Gold, it peaked at #2 on the Billboard chart), it was originally cut by the underwhelming duo of Patty Smyth and Don Henley. Tritt’s version retains some power ballad flourishes, but his and his daughter’s voices are straight outta the country; despite her tender years, Ms. Reese knows when to belt and when to pull back for more nuanced effects, and all in all emotes with the assurance of a far more experienced–in life and in music–vocalist.

This is also the first single from Tritt’s forthcoming album, The Calm After…, due on July 9 on his own Post Oak Recordings label. The new long player is a revised re-release of the artist’s 2007 album, The Storm, one of the best of his many fine studio efforts, and features two new tracks–the single featured here and a cover of the Faces’ “Stay With Me.” Word around the campfire is that Tritt’s daughter will be joining him on select dates on his current 2013 tour.

If anyone missed Travis’s heartfelt introductory remembrance and powerful interpretation of “Why Me Lord” at the George Jones service, check it out here: 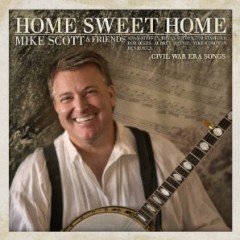