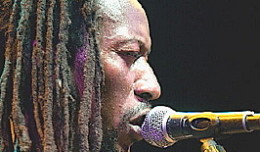 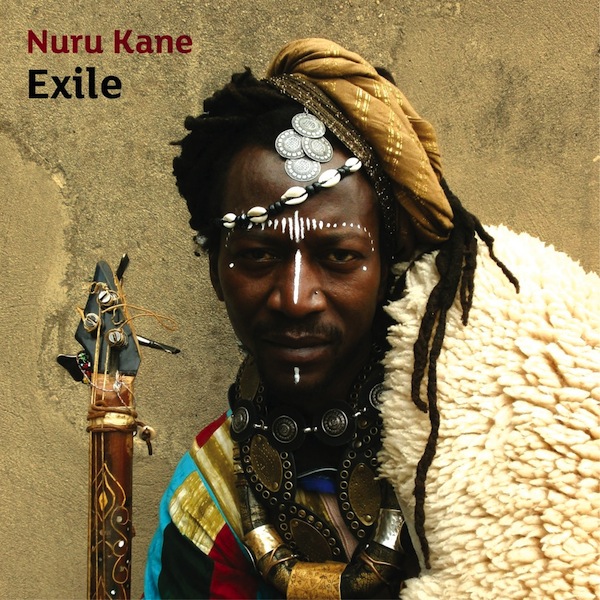 Nuru Kane, a Senegalese singer and guitarist, calls his band and musical style “Baye Fall Gnawa,” or simply “BFG,” referencing in one breath the religious group to which he belongs (a sub-group of the Islamic Sufi Mouride brotherhood) and a style of traditional trance music from Morocco. “Why is a Senegalese musician playing Moroccan music in France?” you might ask. To which we might reply, “Making an eclectic, franco-afro-diasporic fusion album!”

Exile, Kane’s third album, and his second on the Riverboat label, charts his experiences living in Europe, far from his Senegalese homeland. Streams of influence from his life in France, his trips to North Africa and his time in urban London run deep throughout his sound. Here, his resonant Moroccan guimbri, along with guitars, kora and calabash, bounce and color his rich, deep singing voice.

Exile is stylistically diverse, sometimes to a fault. The music draws on everything from Senegalese mbalax (the national popular dance music) to flamenco, passing through hip-hop and gnawa on the way. Perhaps this is due to the range of the artist’s tastes and abilities, but it is worth noting that this album was recorded in France with Thierry Fournel, a French musician who produced and arranged the album and wrote the music for six of the 10 songs (Kane contributed lyrics), also adding guitar, oud, sanza, and ngoni to the tracks. As a result, it would be a mistake to underestimate Fournel’s influence on the range of styles and sounds present on the album.

Despite Kane’s Senegalese background, a distinct Malian musical influence can be heard across the album, with most tracks using the characteristic fileh calabash drum, the karignyen metal scraper and ngoni, kora, and balafon. This is a francophone afro-diasporic fusion, one especially informed by a post-colonial cosmopolitanism, formed as immigrants from across Francophone Africa meet in France and combine musical styles.

Kane’s singing is energetic and dynamic from the first track, “Afrika,” where he first indicates the album’s variety as he moves from singing in full voice to rapping in Wolof as balafon and ngoni snake through the mix beneath him. He also delivers haunting quieter songs, such as “Exile,” from which the album takes its name. Beautiful instrumental performances from the violin, ngoni and sanza set up an uneasy bed for Kane’s strong voice.

A preview of the album Exile, featuring Nuru Kane and his band, the BFG

The gnawa influence is highlighted in “Bambala,” which features Kane’s skillful playing on the three-stringed bass-lute, guimbri, which he learned to play after falling in love with the music on a trip to Morocco. Other elements of the style come out in “Bayil,” which is primarily a loping afro-pop groove, marked mid-song by the clapping of the characteristic kerkabous cymbals of gnawa.

While the majority of this album is a delightful mix of sounds, at times its eclecticism goes to distracting extremes. For example, consider Kane’s composition “Corriendo,” in which the guitars play a flamenco rumba and Kane sings in a mix of Spanish and Wolof. While the song is a testament to the breadth of his influences, it feels like a stylistic overreach, especially coming on an already eclectic album. Another track, “Yes We Kane,” a gypsy jazz manouche, features chugging guitars, violin and Kane singing in French. With the band shouting, “If anybody Kane, Nuru Kane!” it takes on an almost comedic air of cabaret kitsch, as if it’s begging not to be taken completely seriously. And of course, there is the requisite reggae tune, “Issoire,” in which Kane sings a tribute in English and French to the French town of Issoire. This song is at least less distracting, if not particularly musically interesting.

A more enticing hybrid can be heard on the song “Niang Balo,” which features guitar work that could be from the Mississippi Delta or the Sahara. Fournel makes the oud sound like it would be right at home on the back porch, and Kane’s Wolof lyrics lilt over the strings, following the guitar lines with ease. The album ends on a high note with “Zikar,” a tranquil song featuring somber oud, shimmering kora and a high-lilting female voice answering Kane’s forceful calls. –by Morgan Greenstreet in Afropop Worldwide 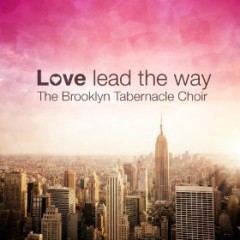