Almost from the moment Paul Gabriel stepped into the professional arena, Duke Robillard has been both mentor to and supporter of guitarist-singer-songwriter Paul Gabriel. They met in the mid-‘70s in the fertile New Haven, CT, blues scene and have subsequently communed regularly, sometimes when Gabriel’s band, Blue in the Face, opened shows for Robillard. Only now, though, have they got together in a recording studio. Robillard does his usual stalwart job as producer, getting the most out of the assembled musicians and giving the project a vibrant, live sound; for his part, Gabriel states outright in his liner notes, that What’s the Chance… “is the best album I have ever done.”

No arguments here. All but two of the baker’s dozen tunes are strong Gabriel originals; one is written by his bass player, Billy Bileca (a cool, jazzy instrumental, “C.M.C.,” with a mellow groove and plenty of room for sparkling Gabriel solo runs of crisp, single notes and a spirited piano sortie by Bruce Bears with some scintillating right-hand action of Guaraldi-like cascading notes); and one is a swinging, horn-rich cover of Chris Kenner’s “Something You Got,” which, in addition to a superb, robust horn arrangement, features a frisky B3 solo run by Larry “Buzzy” Fallstrom supporting one of Gabriel’s most engaged vocals and sizzling guitar solo to boot. No one’s going to mistake Gabriel for one of the great vocalists of our time, but there’s something to be said for someone who believes in what he says and says it with an appealing swagger that contributes to the good times rollin’ from first cut to last. His invitation to the party in the album opener, “Old Time Ball,” is as genial as his fat-toned solo is warm and energetic; in the stomping rock of “Ride, Ride, Ride” he bids an unusually accepting farewell to a gal who’s dumped for him for another man, seeming to take comfort in her parting words, “Don’t you worry, baby/I got nothing to hide.” With Bears again standing out on organ and Wurlitzer piano, and trumpeter Doug Wolverton spiking the arrangement with sharp, pointed punctuations, Gabriel’s longing “Baby I Wish” evokes a road-weary man’s deep need for connection with his gal after a hard day’s night. A similar theme animates the soulful love ballad “What’s the Chance,” about a man alone and missing his woman so much that even the sound of her voice on the telephone is “better than a doctor’s cure.” The vulnerability in Gabriel’s voice here is affecting and demonstrates how sincerity trumps technique at every turn. He’s not by having a great arrangement behind him–warm, surging horns, more colorful organ hums via Bruce Bears, and his own spare, stinging guitar.

Paul Gabriel sits in with Duke Robillard on ‘Gonna Get You Told’ at the Café Nine in New Haven, CT, July 15, 2011

A couple of interesting changes of pace are on tap, both featuring a taut, lean instrumental lineup sans horns. On the furious, driving “Magic,” Gabriel mulls the whereabouts of a strange woman he’s attracted to, who’s “got a bag full of mojo” and is “enjoyed by many, scorned by a few, she just might work her magic on you”–as Gabriel advises with a distinct smile in his vocal before giving ground to a rich B3 solo from Fallstrom and following it with a howling guitar solo of his own. Even more impressive is the penultimate tune, “Fine At’Tire,” a lowdown blues about a bluesman’s late night lament, with Gabriel digging into the vocal with affecting conviction, accompanied only by pianist Mark Naftalin, legendary for his membership in the original Paul Butterfield Blues Band, and here backing Gabriel with a moving, moody solo appropriate to the singer’s resigned acceptance of his fate. To the man who asked “What’s the chance…” in his album title, let the word go out that the chance is good he nailed it on this, the best album he has ever done.

And while you’re at it….

Aside from producing and playing on Paul Gabriel’s new album, Duke Robillard has other things on the front burner. For one, he’s got a side gig as guitarist in Bob Dylan’s 2013 Never Ending Tour (a controversial move, as he pulled out of Australia’s Byron Bay Bluesfest when summoned by Dylan), reuniting him with the artist for whom he contributed his guitar artistry on the 1997 Time Out of Mind album. As a grace note to that big news, Robillard has his own new self-produced album out, Independently Blue, featuring him and his stellar band with special guest guitarist Monster Mike Welch on all dozen tracks. Special players all, the assembled multitude tackles a batch of terrific original songs by Robillard, his buddy Al Basile (he of the well tempered cornet), a couple of tough instrumentals by Welch, and one vintage tune, “Patrol Wagon Blues,” a lowdown New Orleans blues introduced in 1929 by Red Allen and here featuring Doug Wolverton’s vocative, growling trumpet and Billy Novick’s crying clarinet setting the stage for a a frisky, romping piano solo from Bruce Bears, one of the stars of Paul Gabriel’s album.

Duke and the fellows kick it into high gear on his “Laurene,” a Little Richard-inflected rocker with hot, snarling guitar work; grind it out on Basile’s gutbucket blues, “I Wouldn’t a-Done That” (another Bruce Bears moment with some atmospheric right-hand trills), complete with a stinging, howling guitar solo; work a bit of Latin flavor into the recipe of a slinky love tune, “You Won’t Ever”; and do exactly what the title of “Groovin’ Slow” indicates, with Bears adding some rich but subtle Hammond work behind Duke’s guttural vocal and some scintillating six-string dialogue between Duke and Welch. The  Monster man contributes two impressive instrumentals: “Stapled to the Chicken’s Back” is a stinging homage to Texas blues, with a compendium of stylistic touchstones evident in Welch’s variegated soloing; whereas “This Man, This Monster,” which from its title would sounds like a hard driving tune, is in fact blues at low-flame, reflective, moody, a bit jazzy, with some B.B. King flourishes as it develops and further blessed with Bears’s tasty, understated blues piano deep in the mix. And let it be known that the redoubtable rhythm section of Brad Hallen (acoustic and electric bass) and Mark Texeira (drums and percussion) give all this music making the most sturdy of foundations. Independently Blue is blues wrapped tight and right, admirably conceived, flawlessly executed and with its heart in the right place–on its sleeve. 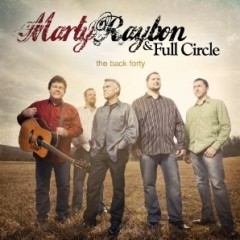