“The songs speak to the incredibleness of God in your life.  They will appeal to worship leaders looking for a fresh sound to present to their congregation, as well as to those who are frustrated and weary.”

That is how singer-songwriter and worship leader Javen describes his new live album, Worship In the Now. It’s his fifth album and first for Indianapolis-based Tyscot Records.

Javen Campbell was born the twelfth of thirteen children in Palm Beach, Florida. Soon after his birth, the family moved to nearby Hollywood, Florida, where Javen’s father, a Bishop in the Church of God, pastored a church.  As a youth, Javen sang with and directed his father’s church choir.

‘Worshiper in Me,’ the first single from Javen’s new album, Worship In the Now

“I grew up loving music,” Javen said. “I read the back covers of the LPs and admired all the great recording artists, but I never thought that I would have a career in the music industry. I wanted to be a broadcaster and have my own TV show.”

While attending Lee University as a psychology major, Javen tried acting and landed a leading role in a stage production of Lorraine Hansberry’s A Raisin in the Sun. He played Walter Lee Younger, the role made famous on Broadway and on the screen by Sidney Poitier. A professor, impressed with Javen’s performance, encouraged the young man to pursue an acting career. Javen declined. “Being from South Florida and not having anyone in the business, I didn’t even consider it,” he said. “But he was the first person to see something in me, and I never forgot that.”

‘You Are My God,’ from Javen’s new album, Worship In the Now

Javen began his songwriting career at Without Walls. “[The congregation] was perfectly split between Caucasian, African American, Hispanic, and Asian,” Javen explained, “but back then, there wasn’t a lot of music that could be enjoyed by people from many cultural backgrounds. So I began writing worship songs and praise songs to strike a chord with everybody.”

Javen believes Praise and Worship (P&W) music is particularly popular among Florida church congregations because they are “always looking for the new and fresh. It’s a place that doesn’t have the old traditions and history that a lot of the northern cities have. Plus, the heartbeat of worship is to be open, to be trusting of whatever the new and fresh is.”

In addition to writing songs and leading worship at Without Walls, Javen wanted to write inspirational songs that did not necessarily fit the P&W mold. Since he did not have an opportunity to do so as a worship leader focused on P&W material only, Javen hit the streets. “I’d put together my band and we’d go out into the community on weekends. We’d do shows at Starbucks, at Panera Bread, at Barnes & Noble, and then I would lead worship on Sundays.”

EPK for Javen’s new album, Worship In the Now

After moving to Los Angeles in 2003, Javen resumed his acting career when a colleague suggested he audition for some roles. He fell in love with acting all over again. In 2005, he starred in the film The Sixth and a year later, worked alongside Omar Sharif and Peter O’Toole in One Night with the King. “It was like reconnecting with myself,” he said.

Regardless of his acting successes, music continues to be Javen’s sweet spot. He said that although his past projects were more urban R&B or pop influenced, he considers his new album, Worship In the Now, to be “inspirational with a gospel feel to it. It’s not all the way gospel, and at the same time, it’s not guitar driven. It’s somewhere in the middle.”

Javen wrote or co-wrote most of the songs on the new album and singled out “Lift Me Up,” an upbeat ballad with Damita Haddon, as a highlight. Other artists who cameo on the album include Marvin Winans Jr. and the album’s producer, Jonathan Nelson.

The album’s theme is encapsulated on the title track. “This is an album of ‘vertical songs,’” Javen said. “In gospel, you have a lot of testimonial songs, where we sing over the issues we’re dealing with. This album is for someone who wants to feel God now, to experience Him now, in a new way. It means taking the inspiration of your current situation and opening yourself up to God.”

Javen said the current single, “Worshiper in Me,” “recognizes that there’s more to a person than just a fighter or a survivor.  We sometimes forget we have the ability to worship.

“It was the last song I wrote for the album,” he added. “I got the inspiration to write a song about the worshiper in me the night before wrapping up song selection for the CD. I didn’t quite understand it at first, but as I began to pray about it, I felt inspired. I turned to Jonathan Nelson, and said, ‘We got to write this song.’ We wrote it in about five or six minutes! We knew it was God the moment we sat down and began to pen the words, and when we got to the vamp, we knew it was going to be a hit.”

Worship In the Now will hit retail and digital outlets May 21. “Worshiper in Me” is already available on digital download.

“This album will cause people to feel relief,” Javen said, “because that’s what worship does. In its purest form, worship can relieve stress, anxiety, and loneliness.” 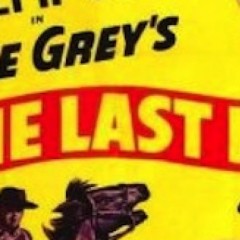 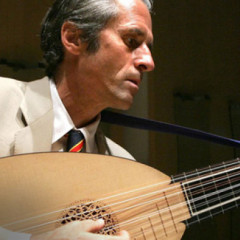