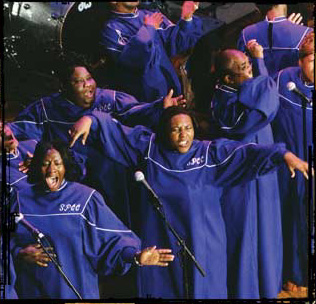 The 28th Chicago Gospel Music Festival, presented by The Black McDonald’s Operators Association (BMOA) and the Department of Cultural Affairs and Special Events (DCASE) is June 20-23.

Once again the Bronzeville neighborhood, the birthplace of Gospel music, will serve as the festival’s main home–with the weekend portion of the festival featuring two stages of music at Ellis Park (37th and Cottage Grove). Millennium Park will host opening night performances on Thursday, and the Chicago Cultural Center will host various events on Friday. This year’s theme is “The Year of the Choir,” and one of Chicago’s own choirs will win a prime performance slot on the main stage Saturday night.

Bringing one of the city’s heritage festivals to one of Chicago’s historic neighborhoods continues to fulfill the mission of the Chicago Cultural Plan by expanding and capitalizing on neighborhood cultural assets and bringing music and art to underserved areas. This serves to further the Mayor’s strategic vision to foster growth and development in neighborhoods such as Bronzeville across Chicago. Bronzeville was named one of the Mayor’s seven opportunity zones last week. In 2012, for the first time, Mayor Emanuel brought Gospel Fest to Bronzeville, the ancestral home of gospel. Now, in 2013, it returns.

“Celebrating  Chicago’s Gospel Music Festival in the Bronzeville Community is exactly how we showcase and support entertainment, and leverage the economic and cultural assets of a neighborhood, said Mayor Rahm Emanuel. “By doing so, we can continue to elevate the city as a global destination for creativity, innovation and excellence in the arts. Only then will Chicago be able to live up to its potential as a global city.”

A new element of this year’s festival, the Battle of the Chicago Gospel Choirs, will also be taken to the neighborhoods with regional competitions: May 18 at Austin Town Hall Park and June 1 at the Washington Park Fieldhouse. The Grand Finale Round will take place on the festival’s opening night, Thursday, June 20, at the Jay Pritzker Pavilion in Millennium Park. Choirs interested in participating will find more information on the festival website, chicagogospelmusicfestival.us, and entries must be received by May 7.

Norful, a 2005 Grammy Award winner for Best Contemporary Soul Gospel Album, has also enjoyed chart success. The Grammy Award winning Nothing Without You as well as 2004’s Limited Edition topped the Billboard Gospel Album chart along with his first live album released in 2009.

A television star, movie actress, mother and grandmother, Tamela Mann packs a lot into her life, but manages to find plenty of time for her Gospel music. Her third studio album, Best Days, debuted at #1 on the Billboard Gospel Charts.

As a child, John P. Kee found music in the home, fascinated by the piano purchased for his older siblings, neither of which had an interest in the instrument. By age 13, he started a jazz trio and a Gospel choir. Unfortunately his teen years led him down a rough path, but ultimately he found his way through his music and ministry, earning seven Grammy nominations and 21 Stellar Awards.

Bringing all the music together is Saturday evening’s host, Vickie Winans. The singer has added a new element to her career, having released two comedy DVDs. In addition to what will be an amusing emcee job, Winans will perform a couple of songs.

Joe Ligon and the Mighty Clouds of Joy, ‘Another Blessing’

On Sunday, June 23, Joe Ligon and The Mighty Clouds of Joy return to the festival for the first time since 2008, opening the main stage. The Grammy winning, Gospel Music Hall of Fame inductees have been performing for more than half a century. The group is led by founder and lead vocalist Joe Ligon who changed the standard gospel lineup from a vocal quartet backed by a sole electric guitar to a full-fledged, R&B-influenced group complete with bass, drums and keyboards.

Kierra Sheard has Gospel music talent in her genes. As the daughter of one of the legendary Clark sisters, nine-year-old Kierra can be heard on a live recording of “The Will of God” featured on her mother’s solo debut release. Six years later she had a record deal and now is a Dove and Stellar Award winning and Grammy Award nominated singer-songwriter.

The festival finishes in style with The Brat Pack: Bishop Hezekiah Walker, Ricky Dillard & Donald Lawrence. Joining in for all three performers is Dexter Walker & Zion Movement on backing vocals. The lifelong friends take the stage together and create a unique and inspiring synergy.

The Chicago Gospel Music Festival is presented by The Black McDonald’s Operators Association and the Department of Cultural Affairs and Special Events, and sponsored in part by Pepsi, Inspiration 1390, Chicago Transit Authority, Aquafina, Communications Direct and LaGrou Distribution.  The festival’s complete lineup including performances at the Chicago Cultural Center (78 E. Washington St.) will be announced this month. 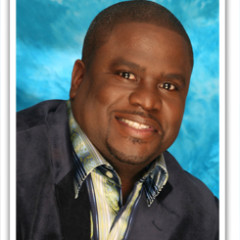 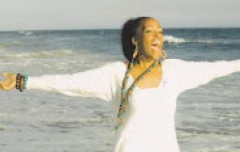