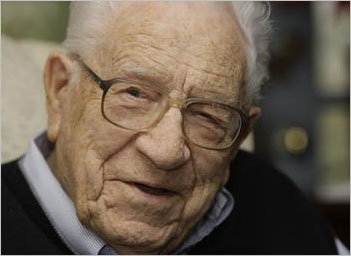 George Beverly Shea, who ranks with gospel’s greatest, most influential vocalists, passed away on Tuesday, April 16, following a brief illness. Mr. Shea, who lived in Montreat, NC, was 104 years old.

Best known as the soloist of Billy Graham Crusades, George Beverly Shea was born February 1, 1909, in Winchester, Ontario, Canada, the son of the Reverend A. J. Shea and Maude Whitney Shea (both deceased). Shea’s first public singing was in the choir of his father’s Wesleyan Methodist Church.

George Beverly Shea: the original recording of his self-penned gospel classic ‘I’d Rather Have Jesus,’ recorded for the Singspiration Sacred Recordings label, 1947.

George Beverly Shea married Erma Scarfe (deceased) in 1934 at his father’s former pastorate in Ottawa, Ontario. They had two children, Ron and Elaine. Erma passed away in 1976. In 1985, Shea was remarried to Karlene Aceto at a ceremony in Billy and Ruth Graham’s home in Montreat, N.C.

Shea attended Annesley College (Ottawa, Ontario) from 1926 to 1928, then Houghton College (Houghton, N.Y.) from 1928 to 1929. From 1929 until 1938, Shea worked in radio broadcasting as an avocation while employed as a clerk in the headquarters of Mutual of New York insurance company. From 1938 to 1944, Shea was an announcer and staff soloist at WMBI radio in Chicago. While in this position, he met a young pastor named Billy Graham in 1943. Graham had taken over a radio program called “Songs in the Night” at Chicago’s WCFL, and, having recalled hearing Shea’s radio singing, enlisted him to help with the broadcast.

That was the beginning of a long association between Graham and Shea. In 1947 Shea went to Graham’s hometown, Charlotte, N.C., to sing in one of the first of Graham’s city-wide Crusades. Shea devotedly preceded the evangelist in song in Crusades over the span of nearly sixty years. In his autobiography, Just As I Am, Graham writes, “I have sometimes said that I would feel lost getting up to preach if Bev were not there to prepare the way through an appropriate song.”

Also a prolific recording artist and composer, Shea recorded more than 70 albums of sacred music. At age 23 he wrote the music to one of his best-known solos, “I’d Rather Have Jesus,” to words by Mrs. Rhea H. Miller. The poem had been left on the family piano by Shea’s mother, and after reading the words he sat at the piano and composed the tune.

Shea was the recipient of ten Grammy nominations, a Grammy Award in 1965, and was presented with a Lifetime Achievement Award by the Grammy organization in 2011. He was also a member of the Gospel Music Association Hall of Fame (1978). For his significant contributions to Gospel music, he was inducted into the Religious Broadcasting Hall of Fame in February 1996. Shea was also inducted into the inaugural class of the Conference of Southern Baptist Evangelists’ “Hall of Faith” in 2008.

Shea is survived by his wife, Karlene, his son and daughter-in-law Ronald and Kathy Shea, his daughter Elaine Anderson, and his granddaughter Tamara Anderson. He is also survived by brother Alton Shea and sister Ruth Willett; Karlene’s children and their spouses, Steve and Fran Aceto and Nanci and Jack Edwards; and Karlene’s grandchildren and their spouses, Ben and Tiffany Aceto and their children Kylie Aceto and Knox Hampton Aceto; Bill and Sallie Aceto; Matheson and Jeff White; and Ellis Edwards.

He was preceded in death by his first wife, Erma; his parents, the Reverend A. J. Shea and Maude Whitney Shea; and siblings Pauline Lusk, Whitney Shea, Mary Robinson, Lois Wright, and Grace Baker.

In lieu of flowers, memorial contributions may be made to the Billy Graham Evangelistic Association (1 Billy Graham Parkway, Charlotte, NC 28201); Samaritan’s Purse (PO Box 3000, Boone, NC 28607); World Medical Mission (a ministry of Samaritan’s Purse); and the Salvation Army (615 Slaters Lane, P.O. Box 269, Alexandria, VA 22313). A memorial website has been set up in Shea’s honor at http://www.georgebeverlysheamemorial.org. 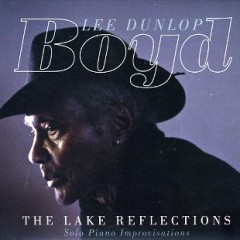 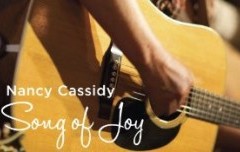