Sometimes, kindred spirits meet by chance—and end up talking all night. Sometimes, they wind up in a studio together and craft something spontaneous and extraordinary, layering sounds of classical Indian music with jazz and Persian words, with the end result being a delicate balance between form, content and creativity framed in haunting, ethereal atmospheres that linger in memory long after the music has stopped.

Guided by the poetry of Rumi and by a long-standing tradition of poetic recitation and musical dialogue, Saffron is a meeting of unexpected but strikingly simpatico musical minds from four corners of the globe. The lineup includes vocalist Katayoun Goudarzi, revered Grammy-nominee sitar master Shujaat Khan (whose website described him, accurately, as “one of the greatest North Indian classical musicians of his generation), percussionist Abhiman Kaushal, jazz and rock saxophonist Tim Ries and composer-jazz pianist Kevin Hays. Together, the seemingly ad hoc ensemble creates a space where the revered poet’s words resonate in unexpected, engaging ways.

On Dawning, the musical companions evoke the wrenching doubt and elevating passion, the delicate flirtation and deep perception of the Persian Sufi poet, drawing on their artful command of Indian classical and Western jazz forms, on traditional literature and contemporary sensibilities.

Asked in what ways Rumi’s poetry has inspired her, Goudarzi in an email interview with CBC Music, pointed to the “love and unity” that are “fundamental aspects of Maulânâ Jalâl al-Din Muhammad Balkhi or Rumi’s work. Once one starts to subscribe to that school of thought, the outlook on life changes dramatically. In my case I guess it inspires me to try to have a gentler view on life and everyone around me.”

As for the connection between Rumi’s poetry and music, Goudarzi pointed out that the poet was “entranced by the ritual of samâ, which is a mystical dance where poetry and dance simultaneously brings the practitioner into a state of intoxication. It’s said that often, Maulânâ himself would melodically sing his own poetry and dance.

“It makes sense to engage both East and West, to use both to express the poems,” Goudarzi adds. “Unity and love are the most fundamental parts of Rumi’s poetry. We could, of course, use the same music that was considered Sufi music, forever and ever for another 800 years. But it’s a different world now, a new opportunity for interaction. And so long as we want to learn about each other, why not try to transcribe it in our own way? The music of Dawning is not really jazz but a space where Indian classical and Western jazz and classical Persian poetry come together.”

Saffron’s own way emerged swiftly in the studio, in a quicksilver dialogue. The improvisation and conversation became the perfect vehicle for expressing treasured sentiments and insights beyond language, historical period, and cultural bounds. “When certain musicians gather, we speak a language, and there are no words,” reflects Shujaat Khan. “We are conversing and we can feel each other’s emotions changing, that it’s all gelling and coming together. It’s so beautiful and so unbelievable, being together with wonderful musicians and exchanging opinions musically.

“That’s the brilliant thing about music in general: you can be open to every possibility, and beautiful things can happen that way. You create these tones these sounds that wouldn’t have happened w/o those people, that day. When you’re conversing with people and then a new person enters chat, it can either add to or detract. Yet another voice can be good, can take it to another realm of possibilities.”

Goudarzi grew up with Rumi’s words in her childhood Iran. They resounded on the radio, recited by dedicated artists. They echoed in the jokes and tales of family and friends. Poetry, spoken aloud and savored, was everywhere. As the young aspiring musician read poetry, she would often imagine the words intertwining with the sounds she heard. They felt intimately connected.

After Goudarzi made her home in the U.S., she continued to explore this connection. Rumi’s works, deep and rich and yet widely appreciated, yield a bounty of possibilities. As Goudarzi worked carefully on her recitation, finding her own voice and approach, she consulted scholars and the extensive body of secondary literature on the poet, his life, and his thoughts. At the same time, she found new ways to incorporate her recitation into musical pieces, collaborating with diverse and different musicians.

Eventually, good fortune brought her to Shujaat Khan, a seventh-generation North Indian classical sitar player. They easily found a common thread, with the ongoing love of recited poetry in India, and with Shujaat Khan’s profound yet easy ability to find the right melodic moments to support the poems. Their recording together fell into the hands of Tim Ries, best known for his jazz work and his ongoing role with the Rolling Stones (playing sax, keyboard and organ; he’s also worked with Paul Simon, Sheryl Crow, Stevie Wonder, Michael Jackson, and others), who was moved and intrigued by the band’s possibilities. They found some time to meet in Los Angeles—Khan and Ries for the first time—bringing in composer Kevin Hays on piano and Abhiman Kaushal on tabla.

“I was meeting Shujaat for the first time,” Ries recalls. “We had no real plan. Kevin and I came to the studio with some musical motifs, some structures written down; I didn’t even have my usual instrument with me, and had to borrow a horn from a friend. Yet despite all that, it was like sitting at the table and having long discussions about deep things, except we didn’t say anything.”

Speech, it turned out, was not necessary. With the obvious exception of Goudarzi, none of them spoke Persian, the original language of the recited poems. Goudarzi has honed her method for gently suggesting point of entry to collaborators: “I explain the mood of the poem and then I translate the general meaning,” she notes. “Then I read one or two verses to them in the original so that they could hear the meter. Then they start to play and I decide where I want to come and go.”

This approach worked wonderfully for the session that became dawning, and from the first piece (the title track “Dawning”), the group clicked. For the most part, the pieces remained in the same order as they were recorded, as single soaring takes, showing the arc and evolution of the intimate conversation. Pieces ebb and flow, taking cues from the musicians’ respective traditions but never resting squarely within them. Shujaat Khan and Goudarzi’s voices often play off each other, while the piano and tabla find common resonances. “The Inquisitor” and “Tease” build from a delicate, parallel movement of Goudarzi and Shujaat Khan’s lines into a swelling, joyful call and response between Hays’s nimble keys and Ries’s elegant sax. The result is thought provoking and meditative, joyous and solemn.

“It has to be intuitive,” Shujaat Khan states with a laugh. “I don’t write music down, so I have to rely on intuition. How I feel at that moment. I can’t do a preset, pre-composed thing. I said, listen, you must understand, this is how it’s going to work. We’re not going to bring too many preconceived notions. We have to go according to the flow.”

Even when the session was over, the music continued. “Nomad” sprang to life as the group wrapped up and gathered their things. “Tim took out his Hungarian flute and started to play. And Abhiman joined on the tabla. It was very fun and we just stood there, listening,” recounts Goudarzi. “The sound engineer recorded it and we loved it.”

“The whole thing came together because they just feel it with their hearts,” smiles Goudarzi. “Technique isn’t all, though these guys are the best of the best. The musicians involved have to be able to create, to grab the essence in a moment and transform it, which they did brilliantly.” 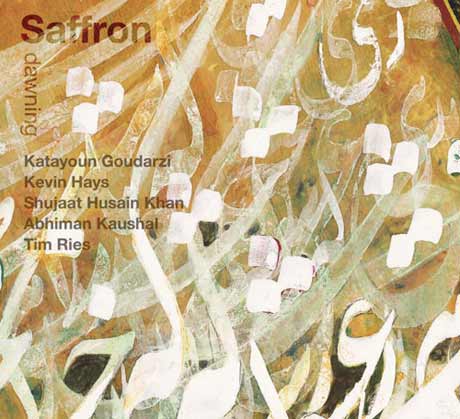 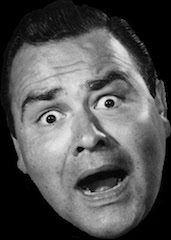