The structure of Motown Gospel will include Ken Pennell and the executive leadership of EMI Gospel, based in Nashville, coupled with new hires, particularly in the A&R areas. As such, the first appointment of Motown Gospel is VP of A&R, songwriter and producer Aaron Lindsey, who has four Grammy awards and multiple Stellar and Dove awards. His songwriting credits include “Again I Say Rejoice,” My Testimony” and “He Saw the Best in Me” and he has produced such bestselling artists as Israel Houghton, Byron Cage, and Marvin Sapp’s “Never Would Have Made It” from the platinum-selling album Thirsty.

Platinum seller and multi-Grammy winning CeCe Winans will be the first new signing to the Motown Gospel label. The gospel superstar’s first all new recording in more than five years is planned for an early 2014 release.

“I’ve been a huge fan of Barry Weiss for years,” said Mr. Hearn. “Through his leadership of the Verity Label in the past, he’s been responsible for much of the growth and artist development in Gospel Music today. I can’t wait to partner with Barry, Motown through A&R collaboration, and promotion and marketing support from Steve Bartels and the amazing IDJ team. I’m confident Motown Gospel will now be even more effective at connecting our artists with their fans and growing their fan base.”

Motown Gospel’s strong 2013 release schedule was also showcased at the event with Tasha Cobbs performing her hit single “Break Every Chain” from her current Top 5 charting album Grace. Tye Tribbett introduced his new album and label debut, Greater Than, which is set for June 4 release and performed his first single “If He Did It Before.Same God,” which debuted Top 20 on the Billboard Hot Gospel Songs Chart in March. Kierra Sheard also debuted her new Rodney Jerkins produced song “Trumpets Blow,” which will lead her new Karew Records release later this summer. And gold selling, Grammy winning Smokie Norful debuted songs from his long awaited new album set for fall 2013 release. 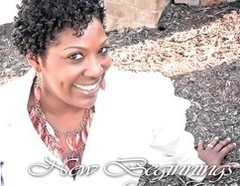