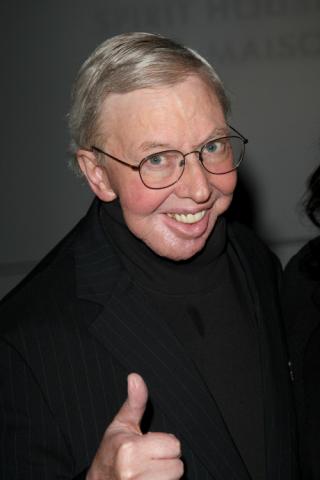 Breathes there a soul, anyone even remotely interested in movies, that doesn’t know of the April 4 death of film critic nonpareil Roger Ebert? The obituaries have all been written; his final column has had more views than all the Justin Bieber videos combined (we don’t really know if that’s true, but we want it to be); and his passing has brought out the best in his fellow film critics as they weigh in on Ebert’s art and some even admit to falling hopelessly short of his standard. Ebert was the critic film criticism needed. If you couldn’t relate to Andrew Sarris’s crankiness, or to Pauline Kael’s sometimes-recondite reasoning (even as she dazzled you with her insights into writing, directing, cinematography, acting and the whole gestalt of film), or to (fill in the blank), then that’s where Ebert came in. Seemingly a regular guy, thoughtful, funny, tender hearted, tolerant but with a daunting knowledge of film history with which to put new films into perspective and with which to ascertain societal changes reflected in the work of up and coming directors and writers, Ebert was a critic you could talk to, even argue with, and walk away knowing he respected your perspective even if he found it fatally flawed. Ask his At the Movies partner Gene Siskel, who butted heads, battled thumbs-up ratings and shook hands with Ebert from 1975 to 1999, when Siskel passed away. Few critics have been as approachable as Ebert, few as knowledgeable, few as beloved as he became during his years with Siskel, and certainly in the past few years as he refused to be daunted by the cancer taking over his body and, indeed, did some of his best work in his online blogs where cancer could not still his authoritative voice.

Our tribute to Roger Ebert begins with our own ratings for some key events and insights he offered in his lifetime; it continues with a lighthearted but informed look at his appreciation for and working relationship with bosom-fixated film director Russ Meyer; and concludes with  Ebert’s 100 Great Movies list and excerpts from selected films on the list.

“I believe empathy is the most essential quality of civilization.”

Awarded Pulitzer Prize for criticism in 1975, the first such criticism prize the Pulitzers ever awarded a film critic

Appeared as a guest star multiple times on Sesame Street.

During a 1996 panel at the University of Colorado at Boulder’s Conference on World Affairs, Ebert coined the Boulder Pledge, by which he vowed never to purchase anything offered through the result of an unsolicited email message, or to forward chain emails or mass emails to others.

“I believe that if, at the end of it all, according to our abilities, we have done something to make others a little happier, and something to make ourselves a little happier, that is about the best we can do. To make others less happy is a crime. To make ourselves unhappy is where all crime starts. We must try to contribute joy to the world. That is true no matter what our problems, our health, our circumstances. We must try. I didn’t always know this, and am happy I lived long enough to find it out.”

Let me return to the original question: Isn’t it sad to be unable eat or drink? Not as sad as you might imagine. I save an enormous amount of time. I have control of my weight. Everything agrees with me. And so on. What I miss is the society. Lunch and dinner are the two occasions when we most easily meet with friends and family. They’re the first way we experience places far from home. Where we sit to regard the passing parade. How we learn indirectly of other cultures. When we feel good together. Meals are when we get a lot of our talking done–probably most of our recreational talking. That’s what I miss. Because I can’t speak that’s another turn of the blade. I can sit at a table and vicariously enjoy the conversation, which is why I enjoy pals like my friend McHugh so much, because he rarely notices if anyone else isn’t speaking. But to attend a “business dinner” is a species of torture. I’m no good at business anyway, but at least if I’m being bad at it at Joe’s Stone Crab there are consolations.

“One day I will be thin, but Vincent Gallo will always be the director of The Brown Bunny.” –upon being called “fat” by Vincent Gallo

Many moviegoers and video viewers say they do not “like” black and white films. In my opinion, they are cutting themselves off from much of the mystery and beauty of the movies. Black and white is an artistic choice, a medium that has strengths and traditions, especially in its use of light and shadow. Moviegoers of course have the right to dislike b&w, but it is not something they should be proud of. It reveals them, frankly, as cinematically illiterate.

One of the remarkable things about Russ Meyer’s films is that they continue to live and play, long after the other work of the soft-core era has been forgotten. That is partly because of their craftsmanship, partly because of Meyer’s leading ladies, and partly because of a spirit of paramilitary commitment that can be sensed as the cast and crew struggle through rugged terrain to enact their rural melodramas. But the central reason, I believe, is that Meyer is an auteur whose every frame reflects his own obsessions. Like all serious artists, he doesn’t allow any space between his work and his dream. –Roger Ebert, ‘Russ Meyer busts sleazy stereotype,’ November 15, 1958, rogerebert.com

To the question of what film he expected would be shown continuously in Heaven and what snack would be free of charge and calories there, Ebert answered: “Citizen Kane and vanilla Häagen-Dazs ice cream.”

Russ Meyer & Roger Ebert & The Movie That Won’t Go Away

Beyond the Valley of the Dolls is a movie only Russ Meyer could make, but in Ebert, he found an ideal partner in crime. Not only did Ebert concoct a handful of weirdly memorable characters and gave them inspired and ridiculous situations, the dialogue is as instantly quotable as anything Quentin Tarantino ever put to paper. “This is my happening and it freaks me out!” “You’re a groovy boy. I’d like to strap you on sometime.” “Furthermore, Susan, I wouldn’t be the least bit surprised to learn that all four of them habitually smoked marijuana cigarettes … reefers!” “You will drink the black sperm of my vengeance!” You can’t write stuff like that, but Ebert could and did, and the fact the cast was able to deliver such dialogue with some semblance of sincerity makes one wonder why none of them went on to stardom.

Trailer for Beyond the Valley of the Dolls, directed by Russ Meyer, script by Roger Ebert

20th Century Fox initially didn’t seem to know what to make of Beyond the Valley of the Dolls, especially after the film earned an X rating, commonly thought to be the kiss of death. But despite reviews that generally ranged from puzzled to vicious, word of mouth did the trick for Dolls–it ended up grossing seven and a half times its production cost in its first six months of release, and became a venerable cult item that still plays on the midnight movie circuit.

More than 40 years after it was released, Beyond the Valley of the Dolls is a movie that refuses to go away, and for good reasons. It’s funny, it’s lively, it’s full of surprises, it’s fun to watch, it’s clever and lovingly shameless in its celebration of classic films and traditional styles, and the ending punishes all the bad guys while letting the good folks have a big wedding. It’s a movie with something for everyone … assuming everyone is just a little bit kinky.

The style of Beyond the Valley of the Dolls was gloriously chaotic, full of sex, drugs, rock ‘n’ roll, and almost any exploitable angle Ebert and Meyer could dream up, and the more crazed, the better. The movie revels in clichés and sends up cinematic conventions even as it embraces them. And even though much of the story edges into broad parody, Meyer never told his cast that the material was supposed to be funny. Ebert recalled one of the actors, Charles Napier, telling him, “You wrote this, Roger. It reads like a comedy to me. But, hell, Russ treats it like Eugene O’Neill.

(excerpted from Mark Deming’s appreciation, ‘This Is My Happening And It Freaks Me Out!’ How Roger Ebert Came To Write A Cult Classic published at Yahoo’s Movies page, April 5, 2013

“I like to sit in the dark and enjoy movies. I think of old films as a resource of treasures. Movies have been made for 100 years, in color and black and white, in sound and silence, in wide-screen and the classic frame, in English and every other language. To limit yourself to popular hits and recent years is like being Ferris Bueller but staying home all day. I believe we are born with our minds open to wonderful experiences, and only slowly learn to limit ourselves to narrow tastes. We are taught to lose our curiosity by the bludgeon-blows of mass marketing, which brainwash us to see ‘hits,’ and discourage exploration.” –Roger Ebert, Great Movies: The First 100

from Annie Hall, a snippet of Woody Allen’s opening monologue

The Bride of Frankenstein: the monster meets his bride

Citizen Kane: a marriage just like any other marriage…

The Discreet Charm of the Bourgeoisie (1972)

‘Where is your husband?’ ‘He’s dead.’ ‘I bet he’s using that as a convenient excuse.’ –Rufus T. Firefly at his best in Duck Soup

Eternal Sunshine of the Spotless Mind (2004)

‘We’re both part of the same hypocrisy’: Michael meets with the Senator: The Godfather, Part 2

‘I see a new earth’: from Werner Herzog’s Heart of Glass

‘Old times… I brought a young lady swimming out here once, more’n twenty years ago’: The Last Picture Show

‘You are no daughter of God’: from The Passion of Joan of Arc

‘A tale that winds deeply through the jungle of the mind’: trailer for Rashomon (1950)

‘Wander forever between the winds’: The Searchers

‘Mr. DeMille, I’m ready for my close-up’: from Sunset Boulevard

The great Cagney in one of his greatest scenes, ‘Yankee Doodle Boy,’ from Yankee Doodle Dandy. This is called dancing, Beyonce.

Click here to read Roger Ebert’s reviews of each of his top 100 Great Movies selections. 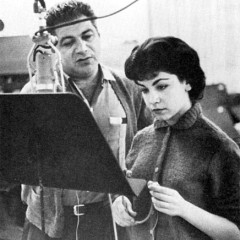 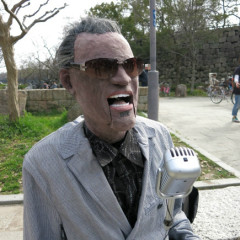