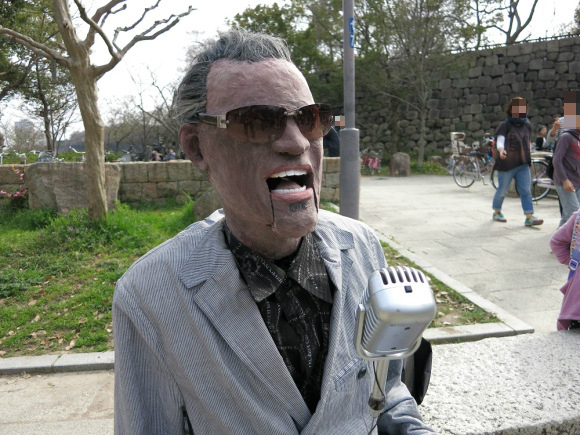 America, are we not ashamed? We may have our Facebooks and our Googles, but for the past five years Japan has had its own animatronic Ray Charles entertaining crowds outside Osaka Castle. Rachel Tackett of RocketNews24.com took it upon herself to get the background on the robot and track down its creator to give him or her props for work well done. Some of her findings:

*The robot’s voice rang loud and clear across the park that surrounds the castle, making it—or should I say him—quite easy to locate. The likeness was quite impressive in both form and movement, but as we got closer, we could see that the “skin” was made entirely out of paper clay.

*While the robot (let’s call him Robo Ray) appeared to be playing the keyboard and his mouth formed the shape of the words to Ray Charles’s rendition of the Southern All Stars hit “Ellie My Love,” close inspection showed that the music was coming from neither the piano nor the robot’s mouth but from a speaker placed inside the heart of the machine.

*… behind the robot’s bench we spotted an older man with a controller that might have been meant for a remote control airplane, but was instead being used to control our master musician. This was the creator of Robo Ray.

*Why make the robot? It’s simple. The man likes music, but he felt that simply listening to the songs can be boring. Or, to put it in his own words, “Isn’t it more interesting to build a robot and then use it to share your favorite songs with the public?” This man perfected his craft and made this musical masterpiece entirely on his own!

*According to the old man, he’s been putting on outdoor shows for a full five years now, though he’s limited to the warm spring and summer months.

We’ll keep you posted as to whether America steps up to honor any of our musical titans of yore as our man in Osaka has done with Brother Ray. The clock is ticking on this one… 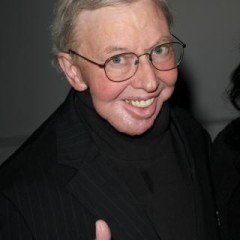 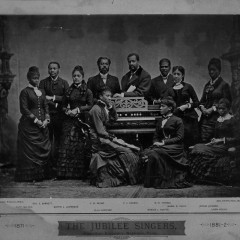 The Fisk Jubilee Singers: Working On a Building