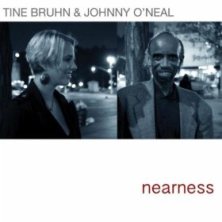 It seems fitting to mark this sacred week in the Christian and Jewish faiths with a pair of Album of the Week selections designed to spur reflective, if not exactly religious, thought. Both are quiet, elegant, classy explorations of very human feelings and states of mind, as well as being life affirming works featuring masterful musicians deeply invested in getting to the heart of the matter. That one of these albums does this without words at all speaks volumes about the depth of feeling its musicians bring in realizing an important contemporary composer’s vision.

With the exception of Stacy Dillard blowing a seductive tenor sax on four numbers, Tine Bruhn and Johnny O’Neal’s Nearness is a gem of vocal-and-piano dialogues centered on chestnuts from the Great American Songbook. Born in Denmark, raised in Flensburg, Germany, Ms. Bruhn is fast establishing herself as one of the finest in an abundant new crop of pop-jazz vocalists. She sings in a smoky, throat alto and exhibits a sure sense of rhythmic phrasing and a proclivity for interesting metric alterations in responding to the tasty, emotionally rich support given her by Detroit-born, New York City-based veteran jazz pianist Johnny O’Neal (whose resume includes tenures with Clark Terry, Nancy Wilson, Dizzy Gillespie and Joe Pass, among others; he also portrayed Art Tatum in the 2004 Ray Charles biopic, Ray). Some may find her lower-register swoops a bit much, but those are judiciously employed and do serve a purpose of adding dramatic flourishes to the narrative when they show up. In her defense, when the material is as familiar as the 10 tunes here, you look for what the singer can do to bring a new dimension to a well-worn repertoire.

Ms. Bruhn signals her intentions at the outset, in giving Irving Kahal-Sammy Fain’s “I’ll Be Seeing You” not the wistful, melancholy reading to which it is so well suited, but instead picks up the page a tad, lets O’Neal cut loose with some skipping passages across the 88s and sings the lovely lyric with straightforward, cheery anticipation, lending positively erotic overtones to the final articulation of the title sentiment before O’Neal tacks on some frisky punctuation. You’ll have to decide for yourself whether O’Neal manages to preserve Fain’s nod to Mahler’s Third Symphony in the song’s first four lines. Stacy Dillard enters the story by opening “But Beautiful” with a near-50-second solo alternating between sultry and heated passages before Ms. Bruhn takes charge with an aching “love is funny…or it’s sad” that mirrors the textures of Dillard’s solo. Over her long, yearning melody lines, Dillard blows softly underneath, before O’Neal enters with a subdued chord at the 1:37 mark. She could hardly have baited the hook with more tantalizing morsels. Better still, she and O’Neal retain this near-unbearable tension throughout a 7:13 excavation featuring an extended, introspective solo from O’Neal that heightens the odd ambiguity of Jimmy Van Heusen’s lyrics. With Dillard a smoky presence deep in the mix and O’Neal delicately bolstering Bruhn’s yearning, Cole Porter’s “The Nearness of You,” from which this album takes its title, becomes the most irresistible of torch songs. This is another seven-minutes-plus extravaganza, the centerpiece being O’Neal’s discursive solo rolling out over a minute, 16 seconds of Bill Evans-like brooding, some bluesy musings, a quote from “These Foolish Things” and so forth.

Dean Martin croons Comden-Styne-Green’s ‘Just In Time’ in the 1960 romantic comedy Bells Are Ringing, directed by Vincente Minnelli. On Nearness, Tine Bruhn and her pianist Johnny O’Neal swing the song enough to underscore the joy and relief the lyrics express but also with a certain restraint indicative of the singer’s wariness in buying into her sudden good fortune.

Speaking of Bill Evans, he included Cole Porter’s “All of You” in his stellar set captured on his Sunday at the Village Vanguard album from 1961, in a version that picks up steam until it breaks out into a sprint less than three minutes into an eight-minute workout. O’Neal and Bruhn, however, take the song in the opposite, steamy direction of smoldering sensuality, much as they turned the tables on “I’ll Be Seeing You,” but here striking up a delicious tension between the pianist’s deliberate, understated comping and the singer’s suppressed urge to break loose. (That Nearness is a musical billet-doux is further emphasized by four of its 10 songs having “You” in the title; aside from the three mentioned thus far, the duo also offers a bright, optimistic take on the Leo Robin-Ralph Rainger evergreen, “If I Should Lose You,” preferring to come down on the side of unity rather than delivering it as a parting reflection as some great singers of our time have done in covering the tune.) Comden-Green-Styne’s great “Just in Time” has for too long been a kind of throwaway swing tune, musical filler, done to liven things up or as a break tune, to the point where its origin has been lost as a buoyant love song crooned by Dean Martin as he slow danced Judy Holliday around a park plaza in 1960’s Vincente Minnelli-directed romantic comedy Bells Are Ringing in a scene in which the principals embraced not only each other but also tenderness, jaunty silliness and heartfelt passion. Bruhn and O’Neal swing it enough to underscore the joy and relief the lyrics express but also with a certain restraint indicative of the singer’s wariness in buying into her sudden good fortune. Bruhn and O’Neal have made it easy to luxuriate in the lush joys of Nearness while also challenging the listener with new twists on familiar fare. This being her second album, Ms. Bruhn can be confident she avoided the vaunted sophomore slump with a strong followup to her 2009 debut, Entranced—the title of which pretty well describes the effect arising from an immersion in her Nearness performances.

Ms. Bruhn may be celebrating the Great American Songbook in Nearness, but in Leo Brouwer: Beatlerianas, guitar master Carlos Barbosa-Lima and the Latin Grammy winning Havana String Quartet are celebrating a whole other great songbook, that being the one composed by legendary Cuban composer-conductor-guitarist Leo Brouwer. Like Ms. Brohn’s album, Beatlerianas has an abiding quiet about it, but only in ambience. These musicians, as gifted as any in the world, accept the challenge of works by Brouwer that are both technically and intellectually demanding. Their genius, of course, is in making their program’s complexities subservient to the heart. Exuding soulfulness with every thoughtfully picked guitar passage, with every elegantly formulated string part, Beatlerianas hits you where you live.

Legendary Cuban composer-conductor-guitarist Leo Brouwer’s original version of ‘Eleanor Rigby,’ from his suite for guitar and string orchestra, ‘From Yesterday to Penny Lane.’ This suite is the focal point of the new album by Carlos Barbosa-Lima & the Havana String Quartet, Beatlerianas.

Indeed, for a certain generation all sorts of memories will be stirred by the title track, “Beatlerianas for guitar and string quartet,” a seven-part suite Brouwer originally composed for guitar and string orchestra in 1985, at the urging of Japanese guitarist Ichiro Suzuki. In transposing it for his guitar and the Havana String Quartet (Hoang Linh Chi, 1st violin; Eugenio Valdés, 2nd violin; Jorge Hernandez, viola; Deborah Yamak, cello), Barbosa-Lima (who recorded it first in 1997, on a now-out-of-print album) subtly underscored the beauty and lyricism of the Lennon-McCartney songs comprising the suite, with a sharp focus on the melodic textures and fascinating rhythmic alterations that were less apparent in the string orchestra iteration. Ironically, the template for this approach seems to have come from an orchestra–specifically the orchestra producer George Martin assembled to play the instrumental score he wrote for the Beatles’ animated movie Yellow Submarine. You can get lost in Brouwer’s languid arrangement of “Here, There and Everywhere” and find yourself floating off in a sea of green with, if you’ll excuse the expression, a peaceful, easy feeling as Barbarosa-Lima’s wistful guitar and the violin’s poignant cry gracefully weave around each other. Taking “A Ticket to Ride” at a slower, ruminative tempo, Barbarosa-Lima refashions it into something akin to a blues ballad, with anxious string parts interjected midway through before the guitar returns to reassert its soothing presence. The intensity of the strings introducing and then fueling “Eleanor Rigby” preceding Barbarosa-Lima’s entrance with a brooding, foreboding guitar figure, is nothing less than majestic in their stewardship of melody and shifting moods. In addition to these songs, the suite is comprised of “She’s Leaving Home,” an impossibly heartbreaking “Yesterday,” “Penny Lane” and “Got to Get You Into My Life,” the latter marked by a playful dialogue between Barbarosa-Lima’s guitar and the agitated strings.

“Beatlerianas,” though, is but part of this wonderful album’s story. Its hour-plus program includes works by Brouwer for solo guitar (a telling trio of songs, including one of the composer’s earliest works, 1973’s “Zapateo,” with its overt Spanish influence; “Paisaje Cubano Con Fiesta,” a study in rising sonorities dating to 1984 that is part of the composer’s exploration of Cuban landscapes in musical terms; and “Cantilena de los Bosques,” a pastoral excursion dedicated to Roberto Fabbri, the fabled Italian classical guitarist, composer, teacher and writer). Apart from “Beatlerianas,” the album’s most fascinating piece is the premiere recording of Brouwer’s String Quartet #5, which the HSQ premiered in concert this past November in Cordoba, Spain. A composition in two movements (Lento and Celebration), #5 is a marvel of shifting moods, textures and tonal possibilities in the communion of strings as they cajole, caress and embrace each other over the course of almost 13 minutes of animated discourse. On the other hand, it’s a hard call to cite #5 over Brouwer’s five “Micropiezas for two guitars.” These short pieces–all are under two minutes, save for the fifth, which is almost three minutes (and playfully interpolates a few bars of the French nursery tune “Frère Jacques”)–breeze by quickly and in understated beauty in a polytonal tribute to composer Darius Milhaud that blends Milhaud’s harmonic ideas with Brouwer’s rhythmic daring.

Guitarist and string quartet go out in style in sequencing Brouwer’s Quintet as a most stirring adieu. Life surges through the opening Allegro movement, which features the most intense dialogue between the stringed instruments—Barbarosa-Lima in a barely restrained rush to express himself and the HSQ equally insistent on responding to his urgency with electrically charged, rising declamations. This is but prelude to the serene beauty animating Quarter=60, the second movement, a multi-textured discourse comprised of sharply contrasting emotional salvos from the HSQ’s airy violins and sonorous viola and cello playing off of and shadowing Barbarosa-Lima’s dashing phrases. In the concluding movement, Allegro Vivace, the dramatis personae here pull out all the stops, employing percussive effects and a wide range of high- and lower-register tonal splashes, from dissonance to lyrical, pleading violin passages which, when mated with Barbarosa-Lima’s introspective phrases, produce a moment, a final shot, if you will, of widescreen pastoral bliss. When the final note is sounded, you’ll know you’ve been somewhere, and it’s likely you’ll want to return immediately to that special place.

In a season of reflection, these projects speak to something vital in our souls. On the other hand, if you don’t buy this conceit, then perhaps the honesty and beauty with which these artists imbue their music will simply take you to a good place where you can turn off your mind, relax and float downstream. Wonder who said that? 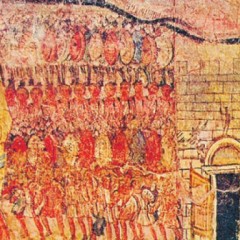 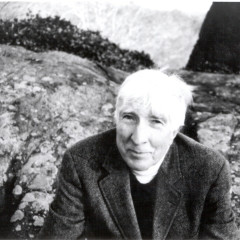