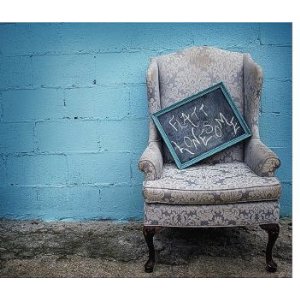 Few bluegrass debuts have been more eagerly awaited or anticipated than that of Callahan, Florida’s Flatt Lonesome, the young sextet comprised of siblings Charlie, Kelsi and Buddy Robertson and their friends Dominic Illingworth, Michael Stockton and Paul Harrigill (who, since 2012, has been Kelsi Robertson’s husband). After breaking off from their family’s bluegrass gospel band, Sandy Creek Revival, the Robertsons summoned Illingworth, Stockton and Harrigill, and Flatt Lonesome made an immediate impression by finishing third in the 2011 SPBGMA International Band Championship; a year later they finished first in the same competition and signed a recording contract with Pisgah, a division of Mountain Home Records. Released at the end of January, Flatt Lonesome’s self-titled debut album has generated a Top 10 single in the Rhonda Vincent-like heartbreaker, “I’m Blue,” written by Paul Harrigill and his sister Amber Nugent (these folks are emphatic about keeping it in the family), and driven by a forceful, emotional lead vocal by Kelsi.

The album has plenty of good moments to recommend it—tight, empathetic musicianship, several impressive lead vocals and strong original material—with only some dubious cover choices diluting an otherwise strong start. The silver lining in those questionable covers is that the lack of life experiences that keeps the singers at a remove from their material should be solved in time, and a more careful consideration to the content of the songs under consideration ought to prevent a reoccurrence of this faux pas. “Jackson,” for instance, is a lively enough rendition, with Buddy and Charli giving it their all vocally but it’s static energy—the brother and sister duo shout their verses and choruses with fervor, but they don’t (and probably shouldn’t) generate the lustful urgency Johnny and June delivered in making the original a classic, even as Kelsi (mandolin), Paul (banjo), Charli (fiddle) and Stockton (dobro) maintain a feverish, driving pace with firebrand soloing. Similarly, Buddy and Julie Miller’s most lacerating dissections of an unfaithful paramour, “Does Your Ring Burn Your Finger,” though suitably harsh and unforgiving—an attitude mirrored in Stockton’s stinging dobro flurries—finds Charlie emoting dramatically, but her vocal has a paint-by-numbers feel about it rather than being the down-and-dirty howl of a wronged woman. And on Hazel Dickens’s “You’ll Get No More of Me,” Kelsi’s deep, throaty vocal could have benefited from a dollop of Dickens’s raw, tattered soul.

Flatt Lonesome performs its hit bluegrass single, ‘I’m Blue,’ from its debut album, at SPBGMA 2012, where it was awarded first place in the International Band Championship after having finished third the year before in its first public performances.

These missteps, though, are this close to being laudable interpretations—and other covers do make the grade, such as Harley Allen’s touching, bittersweet breakup missive, “I’d Miss You,” and a cool, swinging treatment of the Paul Kennerly-Marty Stuart mean woman blues, “Draggin’ My Heart Around”–which speaks well of where Flatt Lonesome is at in its development. On the other hand, the band cooks on its original tunes. Buddy knocks the lead vocal out of the park on Kelsi’s celebratory bluegrass gospel workout, “Just Any Moment,” as Kelsi and Charli second him with soaring harmony work while leaving room for zippy solos by Kelsi (mandolin), Robertson (guitar) and Harrigill (banjo). Even better is Kelsi’s wrenching “One Foot in the Grave,” being the intertwined stories of an unfaithful man wishing his old love would take him back, and the woman he so casually tossed aside torn between rejecting him and embracing him anew (“he’s got one foot on her bleeding heart and one foot in the grave,” Kelsi sings in the album’s most striking lyrical flight). This song rises from its lazy rhymes at the start (“pain” and “rain”—what is this, Nashville?) to become an intriguingly complex psychodrama offering only painful options for both parties, as Kelsi’s wounded vocal, and Stockton’s equally pointed dobro sorties, attest. Be ye not dismayed by a certain shallowness evident in a handful of tunes; the youthful Flatt Lonesome is putting the pieces together for a long, fruitful run. It starts here. 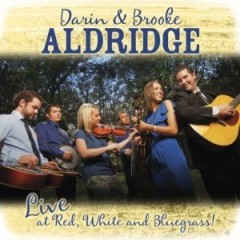