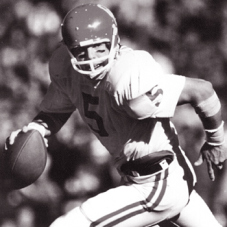 Steve Davis, who as the starting quarterback of the Oklahoma Sooners guided the team to three straight Big 8 titles and two national championships while playing for coach Barry Switzer from 1973-75, was one of two people killed on impact when a Beechcraft Premier I twin-jet crashed into a house in northern Indiana on March 18. Two other passengers on the plane survived. The pilot and owner of the plane, Wesley Caves, 58, was killed along with Davis. Of the two survivors on board the plane, Jim Rogers was reported to be in serious condition and Christopher Evans in fair condition. A woman who was injured on the ground was in fair condition, according to a spokesperson at South Bend Memorial Hospital. The National Transportation Safety Board (NTSB) is looking into the cause of the crash.

Davis, a native of Sallisaw, OK, whose record as a starting quarterback at OU was 32-1-1, was 60 years old.

The plane was sheared in half–its nose poking through the front window of a shattered home. It was attempting to circle back to the city’s regional airport after a failed landing attempt.

Moments earlier, the plane’s pilot had radioed for help, CNN affiliate WNDU-TV reported. He was experiencing problems with the technical equipment, he said. The plane was almost on its back and was “spiraling down,” resident Theresa Futa told WNDU. “I’ve never seen anything like that before in my life ever.”

“The University of Oklahoma is deeply saddened by the passing of Steve Davis,” said OU vice president for intercollegiate athletics and director of athletics, Joe Castiglione. “We extend our sympathies to Steve’s family and others whose lives he touched. He was a great champion and someone who set a wonderful example for others. We will miss him very much.

Video overview of Steve Davis’s career as an Oklahoma Sooners quarterback, in which position he guided the team to two national championships

Oklahoma head coach Bob Stoops also expressed his gratitude for Davis’ many contributions to the legacy of the football program at the University of Oklahoma.

“On behalf of the Oklahoma Football family, we share the sorrow of Sooners everywhere who are mourning the loss of Steve Davis and extend our prayers to Steve’s family and many friends,” said Stoops. “Steve gracefully carried the hopes and dreams of an entire state on his shoulders as he quarterbacked the University of Oklahoma to back-to-back national championships. While his record of accomplishment on the field will long be remembered, I will always appreciate the personal support and encouragement that Steve provided to me and our student-athletes. He was a man of exceptional character who will be deeply missed.”

“Steve Davis is no different from me or anybody else,” said Tinker Owens, one of Davis’s favorite receivers. “He knew he had to work hard every day. There’s always going to be somebody trying to take your job, Some talented guys came in at quarterback but they never could take the job. He was just a heck of a player.”

During Davis’ tenure as Oklahoma’s starting quarterback, the only contests that the Sooners didn’t win were a 7-7 tie at No. 1 USC in 1973 and a 23-3 setback to Kansas in 1975. Oklahoma won a pair of bowl games during Davis’ time at OU. The Sooners claimed a 14-0 win over No. 5 Penn State in the Sugar Bowl following the 1972 campaign. Davis was the Offensive Most Valuable Player of the 1976 Orange Bowl as the Sooners registered a 14-6 win over Michigan to capture the 1975 national championship with an 11-1 record. During the 1974 campaign, the Sooners led the nation in scoring, averaging 43 points per game as OU finished the season as the only undefeated team in the country at 11-0.

“This is a tragic loss,” said former OU head coach Barry Switzer. “Steve was a tremendous role model for student-athletes everywhere. He was a good student and a fantastic person. He was a minister who traveled across the country inspiring thousands with his message, his words and his lifestyle.

Highlights of the Steve Davis-led OU Sooners’ 1975 Orange Bowl win over Michigan, 14-6 including a key Davis-to-Tinker Owens pass and reception that set up a TD run by Billy Brooks. Davis was named the game’s Most Valuable Player, as the Sooners’ win assured the 11-1 team a national championship.

“Steve wasn’t highly-regarded when we recruited him,” he continued. “We weren’t necessarily sure what position he’d play, so we took him as an athlete. The first time I saw him play was in a freshman game I distinctly recall walking down to the field after the game and telling Galen Hall, ‘this kid is a talented quarterback.’

“Back then I think we had 250 kids on the roster, and I believe Steve started out about eighth on the depth chart,” Switzer concluded. “Of course, we all know that he went on to post a 32-1-1 record and help us win two national championships. Steve was surrounded by great talent on those teams, but he was truly an exceptional leader. I was proud of him. The entire state of Oklahoma was proud of him. We still are.”

At Sooner Sports.com, a four-part video feature, “Steve Davis in His Own Words”

Part 1: From Sallisaw to OU 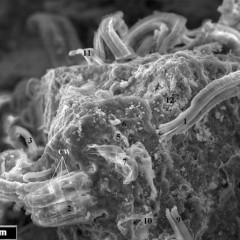