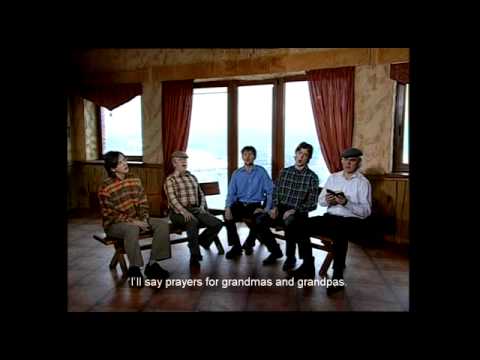 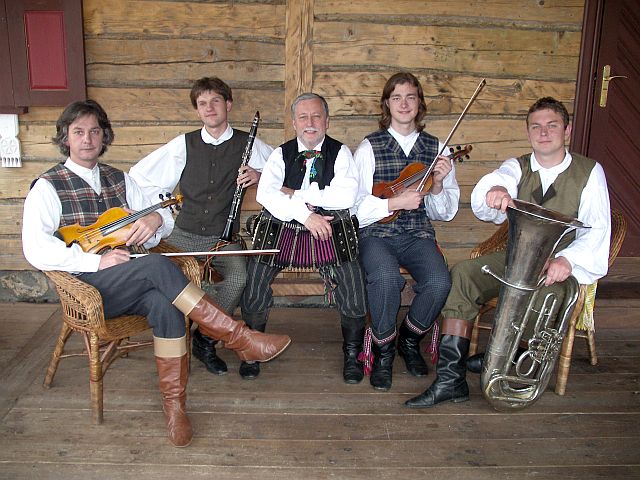 The Sutaras Folk Music Band (known simply as Sutaras) was formed in 1988. Since then the band has made more than 5000 public appearances, taken part in the most important European folk music festivals, and appeared in North America, Australia and Asia. The group performs old polyphonic Lithuanian music and traditional improvisations on authentic instruments (panpipes, flutes, bagpipes, wooden horns, zithers), various regional songs, dances and romances of the end of the 19th century and beginning of the 20th century. Its musicians also like to involve members of the audience in playing, singing and dancing.

This independent, professional folklore group includes the whole range of Lithuanian instrumental folk music in its repertoire: from old rituals, authentic shepherds’ instruments dating to the end of the 19th Century, to the international and classical instruments that became increasingly more common in the villages of Lithuania by the beginning of the 20th Century.

Sutaras, ‘The Beggar Crossed the Yard,’ from the band’s new album, The Wonders of the Beggar’s Kingdom

With its 2012 album, The Wonders of the Beggar’s Kingdom, Sutaras went beyond cheery celebrations of its native land’s music and culture and addressed the reality of the outside world in dedicating its music to “all those who have nothing to eat today, do not know where they will sleep, clothe themselves with what they find in the street and live in uncertainty about what tomorrow will bring. That is: beggars, refugees, slaves, hostages, those who have been displaced, swindled, and unwelcomed in Europe…Africa…America…those who live in the Beggars’ Kingdom.” 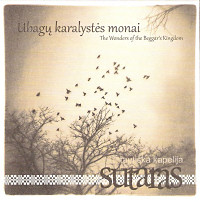 Fate likes to play tricks, and who knows? Perhaps tomorrow fate will hand you a bindle as well. We do not wish you this, but when reading these lines remember that several hundred people in this world will die from hunger, forced labor and shortages. Poverty and despair begin where marble glistens and gold bullions reign supreme. These riches are often piled on dry bones by those same hands, which, having nothing to hold on to, have swallowed human pride and reach out asking for water or bread…Yet the true beggar is not he who has nothing, but he who is a beggar in his spirit! Hence, we hope that you will come to understand the difference between a beggar, a vagabond and a robber.

Included in the booklet of this CD is an excerpt from the work of historian PhD. Rima Praspaliauskienė titled Unnecessary and Dangerous: Beggars, Vagabonds and Robbers in the end of 18th-the first half of 19th century in Lithuania (Vilnius, Zara Publishing 2000). Therein the author traces the origins of the appearance of beggars in Europe and Lithuania, their ways of life, and the perspective of society towards people living in such conditions of need.

In the article “Never Relinquish the Beggar’s Stick” ethnologist Gražina Kadžytė discusses the figure of the beggar in folklore, and analyzes the links with historical wizards and fortunetellers. The beggar is God’s messenger–a life teacher to whom one must listen, offer aid, and not shun since life is full of twists and turns, and you may end up in the beggar’s shoes…

In the article “Songs of Cross-dressing Beggars/Hymns of Samogitian Carnival,” PhD Lina Petrošienė provides information about the musical repertoire of beggars that was sung during various calendar festivals and rituals. She discusses the types of songs, their origins, paths of diffusion and their influences.

During a Sutaras concert you might hear a unique polyphonic sutartine (round) performed on daudytes (wooden horns), rageliai (horns), or skudučai (pan pipes). Or you might hear instrumental versions of songs or maybe even shepherd songs called raliavimas, which are performed with lamzdeliai (recorders) or rageliai (horns). Lively Lithuanian folk dances are played with violins, accordions, clarinets, cymbals, and a number of other instruments. Traditional village music is coupled to the precision characteristic of professional musicians when you listen to the music of Sutaras. The artists do not only play instruments; they also sing, dance and often draw their audience into the whirlwind of their performances. Every musician is adept at playing several different instruments, which allows the band to be very diverse and to express the characteristic instrumental compositions of Lithuania’s different regions.

Since its first public performance on December 30, 1988, Sutaras has participated in more than 5300 performances, which ranged from concerts, dances, and television and radio programs to performances at festivals, exhibitions, and other festivities. The music of Sutaras has resounded for listeners in many Lithuanian cities and villages, delegates at conferences and meetings, quests and tourists. Thousands applauded Sutaras at the 1991 PORTA festival in the Czech Republic, at the well-known Skagen festival of Denmark in 1992, again in 1995, at Rudolstat, Germany in 1994, and at Mistelbach, Austria in 1995. The citizens of Washington, D.C. swirled among the waves of dancers when Sutaras played at the Smithsonian Folklife Festival in 1998, as did the onlookers in Queensland, Australia during the 1998 Woodford Folk Festival, as well as participants at Yilan International Children’s Folklore & Folkgame Festival in Taiwan 2006. The kings of Malaysia and Spain have heard the resonance of Lithuanian instruments. Scores of people attended the performances of Sutaras at Expo 1998 in Lisbon, Expo 2000 in Hanover, 2005 Aichi in Japan, 2008 Zaragoza (Spain) and 2010 Shanghai (China). Participants were impressed at Lithuanian Festivals in Australia (Melbourne 2004 and Sydney 2008), performances at the Festival of Baltic States in Iceland, shows in Italy, Germany, Poland, Belgium, Holland, Finland, Austria, Luxembourge, Spain, Ireland, and at many Festivals and performances in North America. They represented Lithuanian traditional culture at the Cultural NYTORV event in Copenhagen 2002, the Day of Europe in Athens 2003, and many years participating at the Berliner Messe “Grune Woche.”

The musicians embrace experimentation even as they promote the unique nature of Lithuanian traditional folk art. In 2002 Sutaras joined with the Vilnius Jazz Quartet to record the CD Ethnojazz.lt, which was performed at the Frankfurt Book Fair, the Birštonas Jazz Festival in the same year in Lithuania and for listeners of Euroradio. In 2004 Sutaras won the prestigious “Golden Bird,” the Lithuanian award for traditional culture. Spring of 2006 was marked by the joint Folk’n’roll Project “Vilnius on the Palm of Your Hand” with the Dainius Pulauskas Group–Lithuanian jazz “Gold Disc” winner, recorded on CD and performed in Spain, Belgium, the Jazz Festival in Klaipėda and other cities in Lithuania. The Sutaras discography numbers 10 CDs and one DVD.

The Wonders of the Beggar’s Kingdom is available at the Sutaras website. 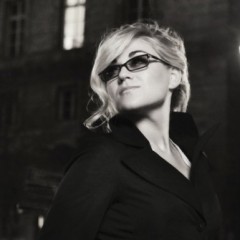