Dr. Penny Boston’s job could’ve been ripped straight out of the pages of a pulp science fiction novel.

Who else braves environments dripping with sulfuric acid or crusted with creatures called snottites?

Who else can say they’ve set foot on the Snowy River, the longest-known cave formation in the world–one with no end in sight? (Her account of Snowy River is published below this report.)

If you’re picturing book covers illustrated with alien landscapes and fantastical creatures, you’re really not too far off the mark.

“I have seen wonders beyond description,” said Dr. Boston, a professor of cave and karst science at New Mexico Tech, during her keynote address Nov. 14 at the NASA Innovative Advanced Concepts (NIAC) Fall Symposium in Hampton, VA.

For all the outlandish-sounding places she’s been and grotesque life forms she’s handled, though, Dr. Boston’s work is very much grounded in real science. She hopes that by studying extreme environments and strange life forms on Earth, she might help us gain a better understanding of what we could potentially face on places like Mars.

Dr. Boston has looked for those templates in some far-flung places. In a cave beneath the scorching, arid desert surface of Saudi Arabia, for instance, she saw deep, vast pools of crystal blue water.

According to Dr. Boston, the drastic difference between the surface and subsurface in the Saudi Arabian desert probably isn’t unique in our solar system.

“What you see on the surface is one planet,” she said. “But you have to infer that there are a whole set of subsurface requirements just like we have here on Earth that may be very radically different from the surface.”

A lot of the life that exists in those radically different environments is weird and microbial. When talking about some of the strange cave organisms she’s studied, Boston uses words like “goopy,” “moon milk” and “fluff.”

Similar goopy, fluffy organisms may be lurking under the surface of Mars.

“If it’s not big and biting us or our rovers on the ankle, then it’s probably going to be small and cryptic,” she said.

Here on Earth, those cryptic microbes grow in droves in places like the Cave of the Lighted House in Tabasco, Mexico. Rich in hydrogen sulfide gas, which is poisonous to humans in amounts of more than 10 parts per million, the cave is home to unusual organisms like phlegm ball matts and snottites, which “look like what comes out of your two-year-old’s nose when he has a cold,” said Dr. Boston.

Inside the Crystal Cave of Giants: In the Crystal Cave of Giants in Naica, New Mexico, conditions are so hot and humid that a human body can’t cool itself. Once a human steps inside the cave, his body begins dying, being incapable of shedding body heat. The Cave’s proximity to to a magma chamber deep underground causes the air temperature to feel like 228 degree Farenheit, with a humidity of more than 90 percent. Even when encased in a special cooling suit with chilling packs inside and a specialized backpack respirator that will allow the wearer to breath chilled air, a visitor to the cave must exit within 45 minutes.

Inside the Crystal Cave of Giants, part 2: the search for undiscovered life forms

There’s also strange stuff growing in the Crystal Cave of Giants in the Naica Mine of Chihuahua, Mexico.

There, the conditions are so hot and humid that a human body can’t cool itself. It’s a dangerous environment that requires visitors to wear ice vests. But for Dr. Boston, the risks are worth the rewards. The giant gypsum crystals inside the cave are so extraordinary that when Boston first saw a photo, she thought it might be a Photoshop hoax.

Today, 65 cultures derived from fluid inclusions in the crystals, cultures that had been trapped for tens of thousands of years, are growing in labs.

Those studies, Dr. Boston believes, will have consequences for our exploration of Mars.

In the meantime, the good Doctor is keeping her focus on Earth, because even as the Curiosity rover sends us postcards from the Martian surface, we still have plenty of mysteries to solve in our own backyard.

“Right here on this planet under our feet, even when we study them for years, we have aliens that we can’t identify,” she said.

And when we get better at identifying our own aliens, we’ll be better prepared to study the ones we run into on other planets.

Snowy River: In the Land of Billy the Kid, An Otherworldly Template for Future Space Travelers

Who Found It? A group of dedicated volunteer cave explorers working in conjunction with the Bureau of Land Management in central New Mexico have been digging and searching for new cave passage in this old historic cave. One of the explorers was an old time caver, who has been digging in the passage on and off since 1970. John McLean, a retired U.S. Geological Survey hydrologist, was among the first group to enter the new discovery. Lloyd Swartz, Don Becker, and Andrew Grieco completed the team of four explorers. All are members of the National Speleological Society and several other New Mexico caving groups and scientific organizations.

From the New Mexico Bureau of Land Management YouTube channel, a brief history of Snowy River Cave, the longest calcite formation in the world.

What’s Next? The Bureau is working in conjunction with the caving community to develop some management direction and exploration guidelines to continue exploration in a safe and scientific manner. Surface mapping and resistivity studies are identifying underground voids giving some indication where additional cave passages lay beneath the surface and where connections underground could be made. Proposals are being developed to improve safety and reduce risk involved with exploration, as well as continuing exploration in a manner that protects cave resources as much as possible.

What Is It? The new discovery appears to be a segment of a much larger complex cave system. How it formed and how it relates to the local geology and hydrology has yet to be determined. Some interesting cave organisms have been observed in the new section and have been identified as new species. This new cave is generating many more questions than answers. In the years to come many new biological and geologic discoveries are anticipated. Studying this new discovery will help us better understand the formation of caves in this area and may give us some more information on groundwater hydrology of the cave region.

The bottom of Snowy River is covered with bright white coatings. Very slow moving ground water dissolved the grayish-brown limestone walls of the cave and re-crystallized that limestone into a different white-colored mineral called calcite, creating a white cave formation in the bottom of the now dry cave passage. The passage has been subjected to numerous infilling of ground water saturated with calcite, which during periods of drying laid numerous coats of calcite as it evaporated or slowly drained from the cave. The cave formation lying on the bottom of Snowy River may well be the largest continuous cave formation in America. 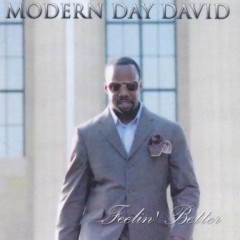