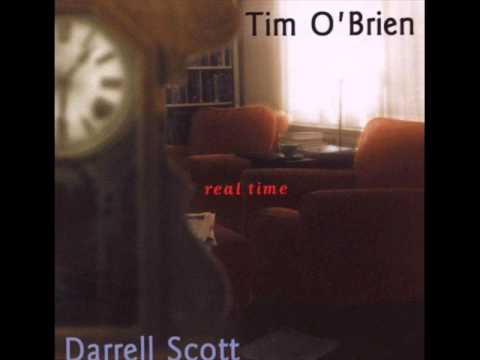 WE’RE USUALLY A LOT BETTER THAN THIS

When an album by Tim O’Brien and Darrell Scott, comprised of performances recorded at benefit concerts in 2005 and 2006, you know the playing is going to be pretty awesome. So when one can honestly report that arguably the finest performance on the disc features no instruments at all, but only the two artist’s voices shadowing each other with gripping urgency in an emphatic duet on Hank Williams’s “House of Gold,” an unvarnished advisory to sinners about the wisdom of repenting, you really get the joke of the title: We’re Usually a Lot Better Than This. Better than this might be unbearable.

Tim O’Brien and Darrell Scott, ‘Walk Beside Me,’ from the duo’s Grammy nominated 2000 album Real Time.

The benefits in question were for the Arthur Morgan School in Asheville, NC, a progressive boarding school where both artists had children in attendance at the time. Edited seamlessly, mixed and mastered by the estimable Ray Kennedy, of Steve Earle fame, the duo’s second album (following 2000’s Grammy nominated studio effort, Real Time, from which a few of these live tunes emanate) boasts the high level of picking and singing you would expect from these two as well as the eclectic choices in material they feature in their own concerts and recording projects. That means gospel, of course, and also country, bluegrass, blues and folk, original songs and covers alike. The blend of O’Brien’s clear, plaintive tenor and Scott’s gritty, bluesy voice creates a certain edgy tension when they’re harmonizing or into a call-and-response mode; and when one is going solo, the other knows exactly how to make his instrumental voice heard in a way that enhances what the other is doing—witness O’Brien’s amazing mandolin solo darting all around and through the melody line with restless insistence in the break after Scott has growled his way halfway through Townes and Will Van Zandt’s “White Freightliner Blues” and bolstered his howling vocal with his own jaw dropping workout up and down the guitar neck. (It’s after this breathtaking display of vocal and instrumental transcendence that O’Brien says to the audience, “I want to tell you all, we’re usually a lot better than this.” Yes, do tell.) “Mike Ryan’s Lament” is an Irish ballad right in O’Brien’s wheelhouse, and he gives a gripping reading to this story of Irish immigrant brothers, one of whom died in the Battle of Vicksburg, the other, who lived to tell the tale, riding off towards the Little Bighorn with the 7th Cavalry and wishing he’d perished with his sibling in Mississippi. Gordon Lightfoot’s “Early Morning Rain” is a showcase all at once for O’Brien’s sturdy vocal, Scott’s driving guitar support and the principals’ evocative harmonizing.

‘Keep Your Lamp Trimmed and Burning,’ Tim O’Brien at the John Hartford Memorial Festival in Bean Blossom, Indiana, June 3, 2011. O’Brien and Darrell Scott included the tune in their live set featured on We’re Usually A Lot Better Than This.

“Long Time Gone,” Scott’s most famous original tune, loses none of the punch the Dixie Chicks gave it in the stripped-down form first heard on Real Time and reprised here, seeing as how Scott not only knocks it out of the park with his lively vocal and also gets into some exciting guitar-mandolin dialogues with O’Brien as a value-added element absent from the Chicks’ great version. The duo teamed up to pen “Keep Your Lamp Trimmed and Burning,” a rocking, gospel-based entreaty with a feisty O’Brien lead vocal, with Scott’s voice tumbling over his in the choruses, and ample room for both men to make their own instrumental statements en route. Switching to banjo, Scott offers “With a Memory Like Mine,” a hard charging bluegrass ballad, with lyrics penned by Scott’s father Wayne, about a soldier son’s homecoming—in a casket—and a father’s ensuing test of faith. Family figures into the album’s most touching performance, on Lefty Frizzell’s sentimental masterpiece, “Mom and Dad’s Waltz,” with O’Brien hitting the heart dead-center with his tender vocal and adding a rustic mandolin solo to boot as Scott raises his own voice in sweet harmony and punctuates the arrangement with evocative acoustic guitar fills. Joel O’Brien gets a rise of the crowd with his bopping mandolin excursions on “Hambone,” done to the tune of “Sweet Georgia Brown,” and the “set,” such as it is, closes with a folk-bluegrass treatment of “When There’s No One Around,” that gem of self-doubt Scott and O’Brien wrote that appeared in a band version as the title track of the latter’s 1997 solo album, in the same year Garth Brooks covered it on his Sevens album. Even more dramatic over a mandolin and guitar backdrop, the song is a frank admission of a man’s late-night insecurities, the full weight of which the singers lay bare in their emotional vocalizing before an elegant transition to a transcendent “Will the Circle Be Unbroken,” and the embrace of family, and a love that survives the grave and persists through our darkest hours.

“We were just raising some funds for this amazing junior high school on two Sunday afternoons with the student body and teachers also in attendance,” Scott writes in the liner copy. It may indeed have been as casual as he claims, but these gifted artists elevated the whole endeavor onto a higher plane of purpose and passion. Hard to imagine anyone being much better than this. 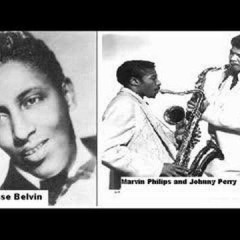 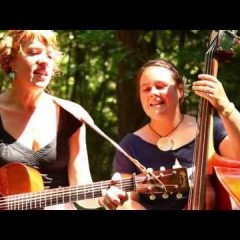