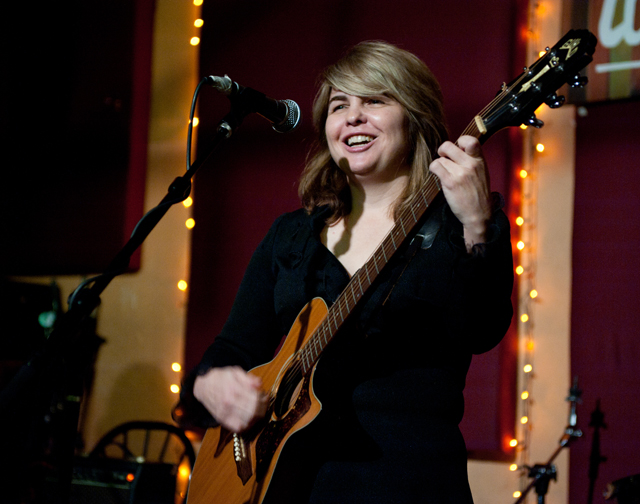 One of Deep Roots’ favorite artists, singer-songwriter Glenna Bell of Houston, whom we last heard from on disc via 2010’s powerful Perfectly Legal: Songs of Sex, Love and Murder, is getting a new album together and also spending a lot of time in Nashville, where she’s making inroads in the songwriter community. Recently she sent a note advising us she’s been working with the highly regarded producer Ronnie King on her new recordings. Here’s what she had to say:

“After spending a very exciting and productive week in Houston, co-writing and recording with Ronnie King, who flew in from Palm Springs, CA, and turned my old house into the rockin’-est place in the ‘hood, I’m about to head back out to Music Row with some really cool demos!

Here’s an excerpt about Ronnie from the California Sound Studios Web site:

“Quickly establishing himself as ‘the indie Rick Rubin’ for his Midas Touch with edgy artists in rock, hip-pop and punk, famed keyboardist and producer Ronnie King returns to his roots as music producer and musician at California Sound Studios, Inc. One of the busiest and most requested keyboardists and producers in pop, hip-hop, alternative and modern punk over the past 15 years, King’s resume runs wildly eclectic, from mainstream pop artists (Mariah Carey and KC & JoJo) to hot pop-thugs (2Pac, Coolio, Snoop Dogg protégés Eastsidaz) and the metal inflected punk of The Offspring. Known for his trademark sound on Analog Mini-Moog, he also toured with Rancid and was a member of L.A. punk supergroup, The Joykiller . . .”  (Read more at the Casa Sound Studios website.)

TheBluegrassSpecial.com marked the release of Perfectly Legal with an in-depth profile of Glenna in its January 2011 issue. That same year, in our December Christmas Music special, her Yuletide paean “Be My Valentine on Christmas” was featured along with new Christmas tunes by a pair of her fellow indie artists, Serena Matthews and Cristina Black. It’s a gem; check it out here. –David McGee