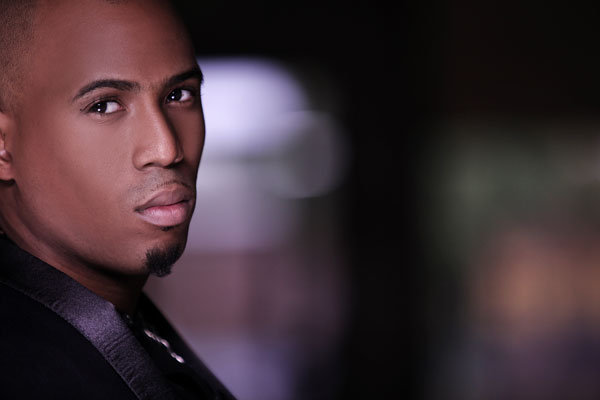 Brown’s life has gotten busier since August 21, when he and Group TherAPy released their self-titled debut CD on Tyscot Records. 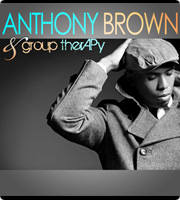 The ensemble is about to join the Go Get It tour headlined by Mary Mary, which Brown calls “one of the most innovative groups in gospel music.”

Brown took a moment from his touring schedule to share his gospel music journey with Deep Roots.

How did you get involved in gospel music?

It’s been a part of my life since I knew myself. My dad is a pastor and he plays piano. My mom sings. I grew up in church singing in the choir and began playing piano at age three.

When did you decide that music might turn into a career?

Anthony Brown & Group TherAPy, ‘Do It Again,’ from the debut album

Who were some of your influences, growing up?

I’ve had a lot of influences. As a young man I was really excited about classical music. I studied Chopin, Handel, Bach, and other great performers. I thought the level of musicianship was pretty amazing. In gospel, the Hawkins and Andrae Crouch, the Clark Sisters.

When did you begin writing songs?

I wrote a lot when I was a kid, starting around seven, but those songs are pretty silly to me today. I would not only write the songs, but I would have my action figures sing them in the choir! As a young man, I would take whatever words that I could hear God say and just write them out.

I can hear everything: the instruments I want to use, even the soloists I want to hear soloing. I can hear the finished product when I’m writing it. It’s a God gift.

Your debut album is on Tyscot, a major gospel label. How did that happen?

I called a friend, VaShawn Mitchell, when I was preparing to put the album out independently. I wanted him to hear it, so I sent him my current and new single, “Testimony.”  He called me back about five minutes later. He said, “Anthony, I can’t let you put this out the way you are trying to put this out. It deserves to be heard by more people.” I said, “I’ve tried this before and nothing opened up.” He said, “What if I can find you a situation that’s right?” I said, “Okay, let’s give it a shot.” And that night, he called Bryant Scott at Tyscot. The rest is history.

Anthony Brown & Group TherAPy, ‘It Will Be,’ with Vashawn Mitchell, from the debut album

How did Group TherAPy come about?

It’s part of Answered Prayers, a group I had in college. Currently there are ten members and they are from everywhere! The group is the essence of all the creative craziness that’s in my brain. They are God’s chosen people who help me bring out what’s in my head so people can hear it and benefit from it.

They also happen to be my very good friends. All of them are musically gifted in ways that baffle me. They can stand on their own feet, yet they choose to come together to be a part of my mission.

“Testimony” is your current single. What other tracks from the album are popular among listeners?

A lot of people like the song, “Water,” which is a really simple worship tune God gave me. I also hear a lot about “Do It Again,” which is a fun, uptempo, groovy song. I get feedback about each and every song.

How would you describe your musical style?

What advice would you give to other emerging artists?

Nobody’s journey is the same. The best thing you can do is be in prayer, seek God, be a great servant, and follow the path God has laid out for you. It’s easy to get discouraged if you think things are not happening the way you think they should. I am a firm believer that all things work together for the good of them who are called. If this is your calling, it will happen for you in the time that God allows. Be faithful, work very hard, and put out the best you have to offer.

Had God not given me this assignment, I would have been content to do what I was doing, which is staying behind the scenes. I’m a servant at heart. I love to help people realize their dreams. This whole artistry for me doesn’t come naturally. For me, its much easier to be behind the scenes than on the stage. I’m just a regular guy, I really like regular things. I am a family person–I have a lot of brothers, and we are very competitive, so they keep me balanced.

I’m just a normal person who is trying to share the message of the love of Christ with as many people as I possibly can. 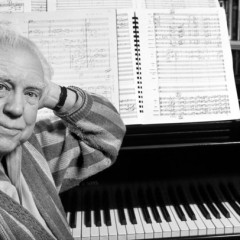