Across the Middle East and North Africa, the beat goes on. Inspired by music from across the globe but true to Arabic music’s deep roots, the sounds of raï’s rolling funk and the shimmering pulse of raqs sharki (“belly dance” music) tell the story of a thriving contemporary scene that stretches across the breadth of the Mediterranean.

This scene shines on Putumayo’s Arabic Beat, a collection that chronicles the musical creativity of Arabic musicians today. The album revels in artists rarely heard in the West: the unsung stars and hit-makers who shape the region’s music.

Wild-eyed bohemians and visionary songwriters, belly-dancers and R&B crooners, child stars and Idol-style contest victors, the artists on Arabic Beat each have their own story. But, most have one thing in common: They are household names in certain corners of the Arabic world, but have yet to reach many listeners in the rest of the world.

“Arabic Groove, our first exploration of this music, has been our best-selling album since Putumayo World Music began in 1993. It’s clear that, contemporary Arabic music’s upbeat, danceable grooves have universal appeal,” notes Putumayo head Dan Storper. “And, even if you are a long time Arabic music fan, some of these artists will be new discoveries.”

These discoveries include the rocking Berber roots of Morrocco’s Jalal El Hamdaoui and the funky grooves of Algerian performer Cheb Amar. The collection also reflects how the Arabic beat echoes in major centers of immigration in European cities like Marseille (home of Watcha Clan) and Barcelona (where Nour is based).

“An element that unites all the artists is the mix of Arabic music with Western influence,” explains Syrian-born, Austin-based singer Zein Al-Jundi, whose raqs sharki-powered pop delight “Ajmal Gharam” uses flamenco flourishes and Parisian-style accordion along with Arabic percussion. “It’s the authentic Arabic flavor, mixed with sounds and ideas from the West. It’s a very solid Arabic pulse, with sprinkles of different flavors on top.”

Another element ties many of these tracks together: the spirit of liberation and change that inspired the recent protest movements across the region. Though often singing of love and good times like artists everywhere, many of the musicians on the album also thoughtfully and poetically offer their perspective on everything from the difficulties of immigration to the desire for freedom (like Watcha Clan’s artful rendition of “Osfour,” a song by Lebanese oud master and maverick musical legend Marcel Khalifé, the “Bob Dylan of Lebanon” who was profiled in the March 2010 issue of TheBluegrassSpecial.com). Reflecting the youthful, free spirit that guided the Arab Spring, these tracks highlight the positive, hopeful side of Arabic culture.

This was pure serendipity for Putumayo. “We’ve been working on this collection for three years and have never chosen to release an album based on what’s going on in the world. It’s always about the music,” says Storper, “and the contemporary music scene in the Arabic world continues to evolve in new and exciting ways.” 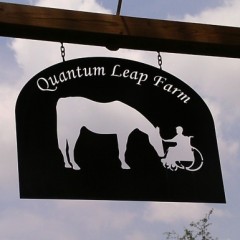 Being About Muscular Music and Timely Topics