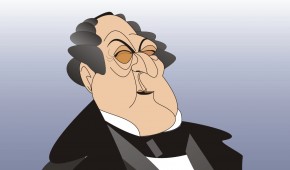 The Prayer from ‘Moses’

“My immortality?” said Rossini. “Do you know what will survive me? (sais-tu ce qui restera après moi?) The third act of Tell, the second act of Otello, and The Barber of Seville from one end to the other.”

Strange to say, of the Prayer of Moses [from Rossini’s oratorio Mosé in Egitto, 1818, later made into an opera], that piece magnificent in its simplicity, he only once spoke to me, but what he then said is well worth repeating. I asked him was he in love, or very hungry and miserable, when he wrote that inspired page; for hunger as well as love has the power of making people write with lofty inspiration.

“I will tell you,” he said, and from his ironical smile I saw some fun was coming: “I had a little misfortune; I had known a Princess B–g–e, and she, one of the most passionate women living, an with a magnificent voice, kept me up all night with duos and talking, etc. A short time after this exhausting performance, I had to take a tisane which stood before me, while I wrote that prayer. When I was writing the chorus in G minor I suddenly dipped my pen into the medicine bottle instead of the ink; I made a blot, and when I dried it with sand (blotting paper was not invented then) it took the form of a natural, which instantly gave me the idea of the effect which the change from G minor to G major would make, and to this blot all the effect–if any–is due.”

–Louis Engel, from his book, From Mozart to Marvio V1: Reminiscences of Half a Century (1886) 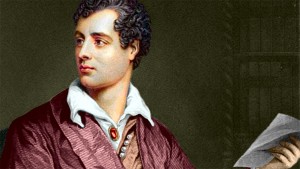 … Tomorrow night I am going to see Otello, an opera from our Othello, and one of Rossini’s best, it is said. It will be curious to see in Venice the Venetian story itself represented, besides to discover what they will make of Shakespeare in music.

In Hamburg in 1962, the great Callas performs the finale of La Cenerentola, the giocoso Rossini composed (with libretto by Jacopo Ferretti, based on Cinderella) following his success with The Barber of Seville. It had its premiere in Rome on January 25, 1817.

… They have been crucifying Othello into an opera (Otello, by Rossini): the music good but lugubrious; but as for the words, all the real scenes with Iago cut out, and the greatest nonsense inserted; the handkerchief turned into a billet-doux, and the first singer would not black his face, for some exquisite reasons assigned in the preface. Scenery, dresses and music very good.

There has been a splendid opera lately at San Benedetto, by Rossini, who came in person to play the harpsichord. The people followed him about, cut off his hair “for memory”; he was shouted, and sonnetted, and feasted, and immortalized much more than either of the Emperors. … Think of a people frantic for a fiddler, or at least an inspirer of fiddlers.

I doubt if they will do much in the liberty line. 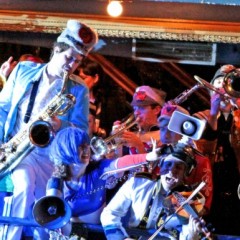