The Solar and Heliospheric Observatory (SOHO) captured this image of the sun at 5:06 a.m. EDT on Oct 5, 2012 showing a coronal mass ejection (CME) spreading away from the sun toward Earth. Credit: SOHO (ESA & NASA)

10-04-2012: At 11:24 p.m. EDT on Oct. 4, 2012, the sun unleashed a coronal mass ejection (CME). Not to be confused with a solar flare, which is a burst of light and radiation, CMEs are a phenomenon that can send solar particles into space and can reach Earth one to three days later. Experimental NASA research models show the CME to be traveling at about 400 miles per second.

When Earth-directed, CMEs can affect electronic systems in satellites and on Earth. CMEs of this speed, however, have not generally caused major effects in the past.

10-08-2012: The coronal mass ejection that erupted from the sun on Oct. 4, 2012 at 11:24 p.m. EDT arrived at Earth on Oct. 8 at 12:30 a.m. EDT, as observed by instruments aboard NASA’s Advanced Composition Explorer (ACE) spacecraft. At Earth, when the CME connected up with Earth’s magnetic environment, the magnetosphere, it caused a space weather phenomenon called a geomagnetic storm. This storm was categorized by NOAA as a G2–on a scale from G1 to G5. A storm at this level is considered reasonably mild. Auroras did appear in the north, including Canada, due to this storm. 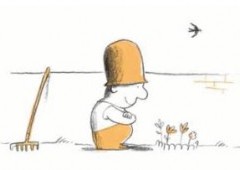