The mysterious figure on the moonlit railway platform, the passerby on the dusty road are not strangers; they are friends and fellow travelers.

And to stunning vocalist and thoughtful, globally inspired composer Imani Uzuri, they spark melodies and musical connections. With the beautiful growl of a blueswoman and the sweetness of a nightingale, Uzuri finds the deep ties that bind her rural Carolina roots to Eastern Europe and North Africa, that bind the purr of sitar strings and the ripple of Japanese folk flute to African-American traditions and the international arts underground.

Born of worldly travels and spiritual travails, Ms. Uzuri’s rich acoustic songs on The Gypsy Diaries (which was funded via a successful Kickstarter campaign) find fresh settings for unifying human experiences: the loss of loved ones, the joy of discovering, the alienation and shifts of moving, meeting, and departing.

Now an icon of the New York City indie scene, Imani Uzuri grew up dreaming of travel, reading adventure novels and poetry under the pecan trees of her idyllic early years in rural North Carolina.

Visions of other lands and other worlds entwined with the musical roots that formed the foundation of Ms. Uzuri’s intensely focused approach to evoking places and moments with her powerful yet subtle voice. The old spirituals, the gospel music she heard in her small country church and from her extended family, in particular from her formidable grandmother, sunk in deep.

Imanu Uzuri discusses a variety of topics, including her then-in-progress album The Gypsy Diaries. Posted at YouTube by SimplyRides

“I feel like my granny’s sensibility shaped me. She had an off-key joyful voice, and every morning she would wake up and start the day singing,” Ms. Uzuri remembers fondly. “Her music was about praising and gratitude. She taught me that the intention of singing is to express.”

Ms. Uzuri honors her foremother, who passed as The Gypsy Diaries was still a work in progress, in a profound, bittersweet tribute on “Soul Still Sings.” She takes to heart the lessons her grandmother imparted in her keen storytelling: Her compelling voice sketches the not-dissimilar ecstasy of conjured trysts on train platforms (“Meet Me at the Station”) and prayers on a mountaintop (“I Sing the Blues”).

Following the inspiration to travel and explore the country, Ms. Uzuri found herself in New York, where that long-felt connection between roots and the world’s roads came to life. She fell in love with artists like Mailian diva Oumou Sangare’s beckoning, soaring voice, with the praise and ecstasy she heard in Nusrat Fateh Ali Khan’s music.

Imani Uzuri, with Stef Vanes on guitar, performs ‘Beautiful’ from The Gypsy Diaries, in Rotterdam, Holland

“The first time I was introduced to Nusrat’s music, I felt like it was gospel music,” Ms. Uzuri recalls. “I didn’t know what he was saying but I understood. Just before his death, I got to see him perform at a Sufi community concert, and it was like a charismatic church service. The integrity and passion was the same.” Uzuri’s open, curious ear has made her an eclectic bandleader who loves to gather stellar multicultural male and female musicians and to bring together unexpected instruments, from sitar and daf to acoustic guitar and cello. Yet the mosaic approach feels seamless, drawn together by Uzuri’s compelling and versatile voice.

Along with her personal musical travels, Ms. Uzuri also began exploring the world, traveling to Japan, Brazil, Russia, Ethiopia, Hungary, to perform with artists like Bill Laswell and Ethiopian singer Gigi, and as a solo artist. “I moved to New York, and traveling became a part of my life as an artist,” Uzuri reflects, “I started getting all these calls. There’s an artistic underground that spans the globe, and I became part of it. It sustained me.”

Once in New York, Ms. Uzuri really got busy. In addition to leading multiple projects of her own (including Her Holy Water, and Imani Uzuri’s Church of the Universe, a project dedicated to exploring spiritual music from around the world), she has worked with a legion of leading artists spanning far and wide across genre lines. Her rich, soulful voice has appeared on albums with jazz great Herbie Hancock; legendary Dub-Reggae duo Sly & Robbie; drum n’ bass pioneers 4 Hero; Ethiopian vocal sensation Ejigayayu Shawbabaw (Gigi); hip-hop master Talib Kweli and jazz guitar virtuoso David Gilmore, among others. She also has performed abroad with legendary bassist/producer Bill Laswell, and has appeared on David Letterman with Peter Gabriel. Not least of all her achievements was a powerful gospel-infused duet vocal with John Legend on the latter’s “If This World Were Mine,” a modern-day deep soul classic worthy of comparison to Ashford & Simpson’s most smoldering dialogues.

And needless to say, she racked up critical kudos every step of the way. One of the most insightful is credited to @gypsygirlbliss at the website boldaslove.us, who observed, in a review of The Gypsy Diaries:

Now, it’s been several years since I’d seen Imani, and I’d forgotten about her presence: A mix of southern earthiness, church-girl matter-of-factness, and new age spirituality, all of which is backed up by some serious pipes.

And I think the southern/church/spiritual aspect is key: Her songs are prayers. She provides a verse/chorus setup and then repeats with different colors and intonations. When they work best the songs become, in their own way, trancelike tonal meditations.

John Legend with Imani Uzuri, ‘If This World Were Mine,’ a modern-day deep soul classic worthy of comparison to Ashford & Simpson’s most smoldering dialogues.

On her travels, Ms. Uzuri sang favorite spirituals to newfound friends in Moroccan casbahs, visited sacred islands and busy street corners, wondered at resonant churches. As she wandered, she became fascinated with the fertile tension between separation and connection, and by a feeling of unexpected familiarity that ran through it all: “I heard this euphony of sound pouring out of St. Basil’s on Red Square,” Ms. Uzuri recalls. “I went in and sound was washing over me. It felt familiar; I understood the intentionality, the vibration. Everyone who was listening felt it.”

The isolation of travel–the railways, transitional spaces, roads and crossroads–intersected with a tangible unity Uzuri felt with the Russian villagers she met, with the Roma musicians she jammed with, with the flowers vendor on the Turkish street.

“As part of a collaboration I did in Hungary with Romany musicians, I was taught to sing a Roma lament in Hungarian. I was struck once again by this sense of similarity”–an emotional similarity tangible in the gorgeous ballad, “Lament,” rich with echoes of Roberta Flack. “If you’re transmitting joy or sadness, it’s about sharing the truth of that with the voice. That’s where you feel the connection and integrity.”

Joy and sadness play throughout The Gypsy Diaries. The playful mirth of the Caribbean-inflected “You Know Me You Love Me” alternates with the reflective, stirring “Beautiful.” The blues-inflected sounds of a modern-day field holler, “Gathering,” and a swaying call of lovingkindness, “Dream Child,” contrast with the fierce assertions of “Whisperings (We Are Whole).”

“Ultimately, this album is about finding my place through the traveling,” the artist explains, “the communion, the loneliness, victories, sadness, losses, euphorias, revelations, transformations coming to understand that I am always here: home.” 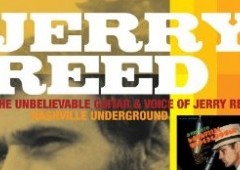