“Having not played in this style in the past is a huge disadvantage, but I am willing to stretch and fight to get it under control. Those pesky chords! Those finger positions, those slides, those finger-thumb rolls, those counter-point rhythms…yikes! But the worst of it is the finger picks. They don’t fit at all, though I have tried a million of them in every size, shape and material. They simply come flying off every few seconds. I finally had to use duct tape rolled inside the thumb pick to glue it to my thumb, then, after ripping it off when it started to cut off my circulation, it took the first layer of skin with it. This is the hardest part.”

Thus did Rory Block describe in a letter to her trusted long-time friend (and masterful guitar picker) Stefan Grossman the trials she was enduring in attempting to do justice to the songs of the Rev. Gary Davis for the third album in what she calls her “mentor” series, I Belong to the Band: A Tribute To The Rev. Gary Davis. It’s not like she was attempting these songs for the first time: in 1964, as a 15-year-old she had been taken by Grossman to the Bronx house then occupied by the Rev. Davis and his wife and witnessed some of the very songs she was now trying to execute performed by the master himself. Already deeply immersed in and dedicated “to playing and living inside this absolutely mystical, overwhelmingly meaningful music” (as she wrote in her autobiography, When a Woman Gets the Blues, part of which is reprinted in the gatefold of her new album, along with the letter to Grossman quoted above), Block’s focus was on the Delta blues, not the elaborate, ragtime-influenced Piedmont style the South Carolina-born and –raised Davis favored. Mesmerized by spiritual content of Davis’s songs, she was less adept at emulating their execution, and apparently pedagogy was not the Rev.’s strong suit: “When teaching, he never slowed down to explain, he simply played it at you with lightning speed and had a lot to say if you couldn’t catch on.”

Rory Block, ‘Twelve Gates to the City,’ from I Belong to the Band: A Tribute to the Rev. Gary Davis

Suffice it to say Ms. Block caught on, at least now if not then. I Belong To the Band is a powerful album, the most emotionally charged of the three “mentor” albums thus far, although it is a hard call between it and her tributes to Mississippi Fred McDowell (2011’s Shake ‘Em On Down) and Son House (2008’s Blues Walkin’ Like a Man). Still, perhaps owing to the obstacles she had to overcome to arrive at this level of playing, something in Ms. Block’s performance says much was at stake here, not the least getting to the heart of the Rev.’s messages of salvation and the way to Heaven’s gate. In her autobiography excerpt, she recalls the Rev.’s “formidable little wife” entering the room when she and Grossman were visiting and telling her husband “that playing the blues was not acceptable in God’s sight, and instructed him to play only gospel for the salvation of his mortal soul.” Some heavy charge, that, but Ms. Block took it seriously then and still does: on the visions of Gloryland described in “Twelve Gates to the City” her intensity, moans and “great God almighty” asides land her in Mavis Staples territory; in the spirited, jaunty take on “I Belong to the Band” she sends a joyful shout aloft and underpins it with bright, ringing guitar picking (like “Twelve Gates to the City,” “I Belong to the Band” features Ms. Block’s multi-tracked voices backing her as a robust, testifying church choir); and the aggressiveness she brings to “Pure Religion” adds extra emphasis to the Rev.’s fierce importuning to straighten up and fly right, a striking sermonette further enhanced by the dynamic slide guitar swoops and howls Ms. Block interjects along the way.

With a wealth of material to choose from, Ms. Block has assembled an album focusing not on fire and brimstone but on the joys of salvation, redemption and the manifold rewards awaiting believers here and in the hereafter. If the Savior would really speak to everyone with the same gravitas and unswerving conviction Ms. Block musters on “Lo, I Be With You Always,” well, what a world this would be; in “I Am the Light of This World,” the dark, throaty howls she deploys so effectively on “Lo, I Be With You Always” are supplanted by a jaunty delivery reflecting the song’s promise of abiding guidance, blessed assurance complemented by her “choir”’s smooth, soulful backing and her spirited slide punctuations. The album’s darkest moment—really it’s only dark moment—comes in its final song, “Death Don’t Have No Mercy.” Given the Rev.’s unsympathetic view of the Grim Reaper’s inevitable and merciless visitation, his blues monument here serves as an interesting postscript to this tribute—a reminder of why he was urging his listeners to get right with God right now in all the other songs. Fashioning a doom-laden ambience with her chording and picking, Ms. Block ventures to the outer reaches of her vocal range in emphasizing the urgency of the song’s message. Whatever troubles she may have confessed to Stefan Grossman when she was working on the guitar accompaniment to the Rev.’s tunes, in the end she got it all right—the guitar, the voice, the song selection. Save your mortal soul and join this band. 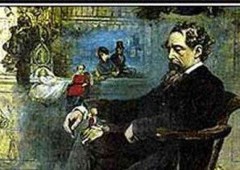