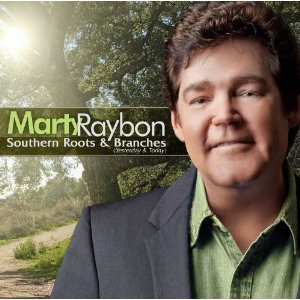 Marty Raybon might well want to consider re-titling his album Southern Routes & Branches, given how many roads he travels in its dozen songs. To be clear, some of these roads he’s traveled before—nine of the songs are choice items from his previous solo albums. Regardless of where these roads lead, the travelin’ ain’t always easy.

“Dirt Road Heartache,” one of two new songs here, leads things off with a hard charging, banjo-fired attack fueling an emotional Raybon vocal describing inconsolable post-breakup heartache as he tools down the road trying to outrun his memories, only to find he’s pursued by “the sound of goodbye.” “Big Pain,” the other new song (a co-write by Raybon, Billy Droze and John Fountain), isn’t a road song but rather emerges from the depths of depression (“it’s like a ball and chain”) over lost love; bluesy and moderately paced, its ambiance shouts of abject loneliness, a feeling the tear-stained and delicately nuanced vocal emphasizes as the banjo and dobro add to the track’s spare, haunting ambience.

One of the finest of the older tracks is Raybon’s solid interpretation of an outstanding (and under-recognized) Rodney Crowell tune, “Long Hard Road,” a poignant reflection on family and ambition from Crowell’s Keys to the Highway, his 1989 followup to Diamonds & Dirt, Crowell’s 1988 breakthrough album that yielded no less than five #1 country singles; its unprecedented success–no country album before it had ever produced a quintet of #1 singles–may account for why Keys To the Highway has been so overlooked. Whatever the reason, Raybon takes advantage of the opportunity the song offers.  True to Crowell’s original arrangement, the arrangement’s low-key thump, evocative mandolin and dobro flourishes and keening fiddle solo underscore the singer’s persistence to carry on in the face of lingering regret over unwise choices he can’t undo. In his lyrics Crowell masterfully encapsulates the weariness attendant in a troubadour’s life, a state of affairs Raybon captures to a T in his low-key reading of the cold, hard facts. Elsewhere on this trail, Bill Monroe’s “Rocky Road Blues,” despite being about a man stealing the singer’s woman, is all vibrant spirit and infectious drive, featuring lively mandolin and fiddle solos supporting Raybon’s bright, high tenor wail pleading for the return of his beloved.

Marty Raybon, ‘Dirt Road Heartache,’ a live rendition of one of the new songs on Southern Roots & Branches.

Monroe is also the source for the ever-timely “White House Blues,” rendered in a red-hot, barnburning treatment featuring Raybon sprinting through the vocal, with fiddle, banjo, guitar and dobro hot on his heels, furiously soloing as the song races to its breathtaking conclusion. Also on the uptempo side, Jimmy Martin’s “Home Run Man” employs baseball metaphors to describe a man’s frustrating pursuit of the woman of his dreams (e.g., “the curves that you’ve thrown me/just won’t fit my glove”), set to a bracing midtempo arrangement with ample room for the fiddle and banjo solos to ratchet up the intensity.

Of course it’s not a Marty Raybon album without a solid gospel tune or two; in this instance he delivers, not once, not twice but thrice. (Southern Roots & Branches, in fact, was released this past spring not long after one of the artist’s finest gospel outings, Hand To the Plow, reviewed in the April 2012 issue of this publication’s previous incarnation, TheBluegrassSpecial.com). “Get Up In Jesus’ Name,” a Raybon original, is a bluegrass gospel call to salvation with plaintive harmonies and an urgent message complemented by forceful fiddle, mandolin and banjo solos; “Prayer Bells in Heaven,” another Jimmy Martin tune, is a barnburning celebration of the power of prayer, quintessentially bluegrass gospel with a rousing lead vocal, soaring harmonies in the chorus and plenty of rambunctious soloing; and on a more reflective note, retrieved from his days with Shenandoah, a powerful acoustic revisiting of “Beulah Land,” with an acoustic guitar softly picked under those voices rising in blessed harmony. In their way these too are road songs, all illuminating a path to Heaven. In short, choose the route you want to travel, and you’ll find some trustworthy guidance courtesy Marty Raybon. 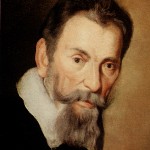